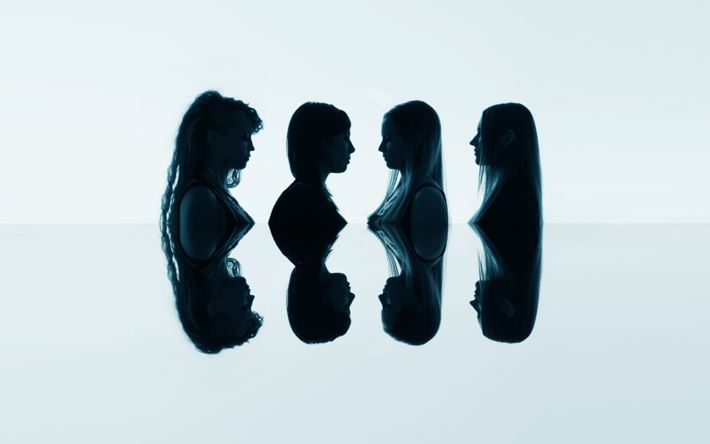 While everyone is getting their 4th of July plans together, here I am getting pumped for July 1st, when the new all girl, all analog electronic act LEX will be putting on what promises to be an absolutely killer show at the Los Angeles Theater Center.

The girls blend the classic sounds of vintage synths, snappy disco beats and ethereal vocals that, when combined with lighting and stage design by Martin Phillips (Daft Punk) and costumes by the talented Zamora Sisters, should make for an unforgettable night.

Unlike many other electronic acts out there right now, LEX are a live band, playing everything on stage without relying on backing tracks or computers to fill out their sound. This is not to say that their recordings aren’t astounding, having been produced by Peter Franco, who is best known for engineering the award winning Daft Punk album “Random Access Memories.” With three synth players, electric bass, live vocals and a full drum kit, LEX are sure to put on a sonically stunning show accompanied by astonishing visuals to create a rich and decadent atmosphere to groove in.

Here’s the catch: It’s a one-night-only showcase performance, so get your tickets quick from the LA Theater Center and check out their debut single “Mystery Boy” below.

Luke Cuccurullo gay after all? Kate Sisk stuns on Married at First...