A spectacular new festival is set to bring the worlds of music, science and technology together at the UK’s famous Jodrell Bank observatory this summer – headlined by Jean-Michel Jarre, Underworld and Caribou.

The Bluedot festival, referencing the photo taken of Earth by the Voyager 1 space probe back in 1990 after a request by astronomer Carl Sagan, will be held from July 22-24 in the shadow of the historic Lovell radio telescope.

It will also feature music from Everything Everything, Public Service Broadcasting, Mercury Rev, Steve Mason, 65daysofstatic, British Sea Power and Moon Duo – with late-night sets from Beyond the Wizards Sleeve, Ben UFO, and DJ Yoda and more.

Plenty additional acts are still set to be announced in the coming weeks and months.

Popular BBC Radio 4 show The Infinite Monkey Cage with Professor Brian Cox and Robin Ince will record an episode at the three-day event, which is backed by the UK Space Agency and EuroScience Open Forum.

There will also be a large selections of talks, lectures, debates, screenings and comedy shows centering around science and technology, as well as a Luminarium, planetarium and many other interactive activities.

Director Ben Robinson said: “We have a lot more still to announce including our full science and culture programme and some more big name acts that we feel will really fit the ethos of what we are trying to achieve with bluedot – a forum where music, science and the arts can really come together.”

Jean-Michel Jarre’s live show is set to be one of the highlights of the weekend, filled with lasers, lights and pyrotechnics. 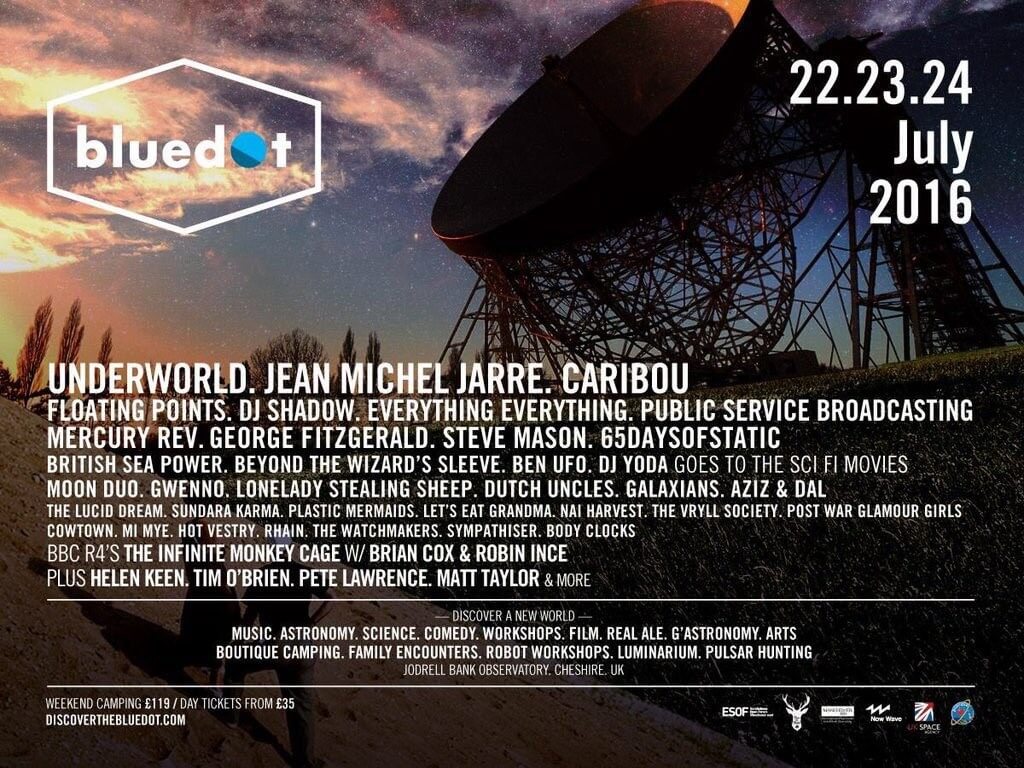