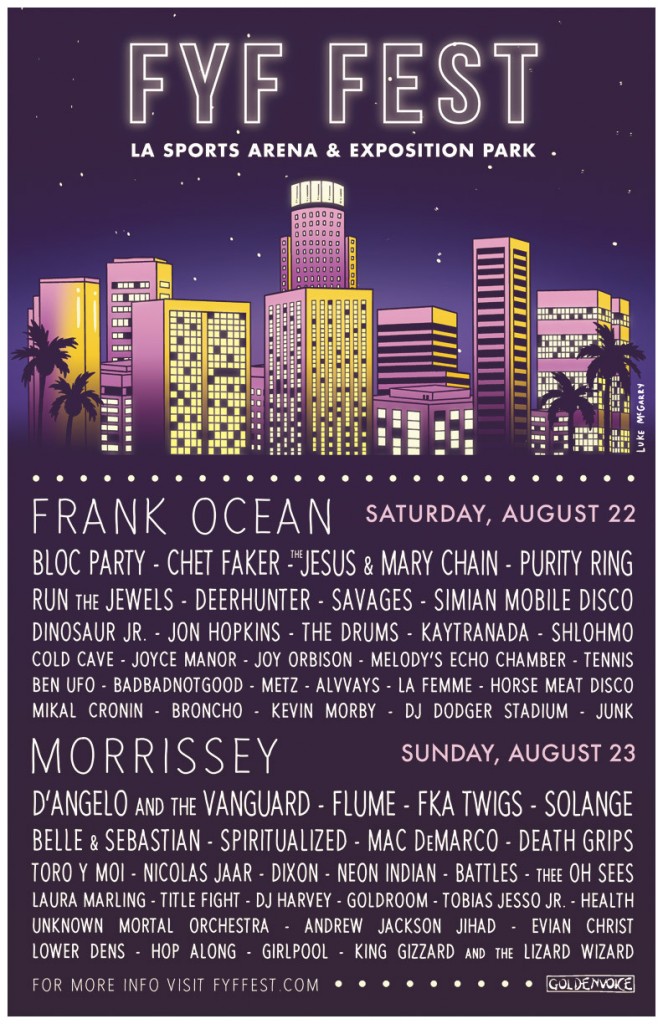 The trend of crazy festivals with even crazier line-ups continues this summer. This time it is Goldenvoice’s FYF Fest in Downtown Los Angeles making a return with one of the best line-up’s they have had yet.

The former DIY festival F**k Yeah Fest (FYF) has been transformed into a profitable leviathan of a music festival at the hands of the rapacious Goldenvoice, who look to claim any niche scene and turn it into a cash cow, moreover with Goldenvoice’s acquisition though it’s probably how they have secured so many incredible acts for the 2015 edition of Los Angeles’ (pretty much) only major music festival.

Immediately looking at the line-up I am already far more impressed than with any other line-up to be released on the web, crossover is natural because artists use the festival circuit for touring but some acts here are idiosyncratic with the expected go to’s of a North American Festival this year, like headlining sets from Frank Ocean and Morrissey (beats Drake). FYF, which is taking place the weekend of August 22nd – 23rd at the LA Sports Arena & Exposition Park, will feature over 25 great acts each days.

Listed below are my top ten must see acts from FYF Fest 2015:

5. The Jesus and the Mary Chain

Tickets will go on sale May 8th at 12 pm PST, for more information, go to www.fyffest.com.