Hanging out at a cemetery is something you would expect to see goths do in a movie while Bauhaus is playing in the background, a macabre activity by any measure.

When you’re at the legendary Hollywood Forever cemetery, it’s actually a cool experience to hang out among the burial ground of many of Hollywood’s old vanguard. The grounds is not only a place for legendary actors like Mickey Rooney or seminal musicians like Johnny Ramone to be interred, the site also hosts lawn movie screenings at it’s Cinespia yard and holds concerts at its palatial Masonic Lodge.

Last night the cemetery’s music venue hosted the tour kickoff for one of the most inventive, burgeoning electronic artists in the scene, British experimentalist Floating Points. 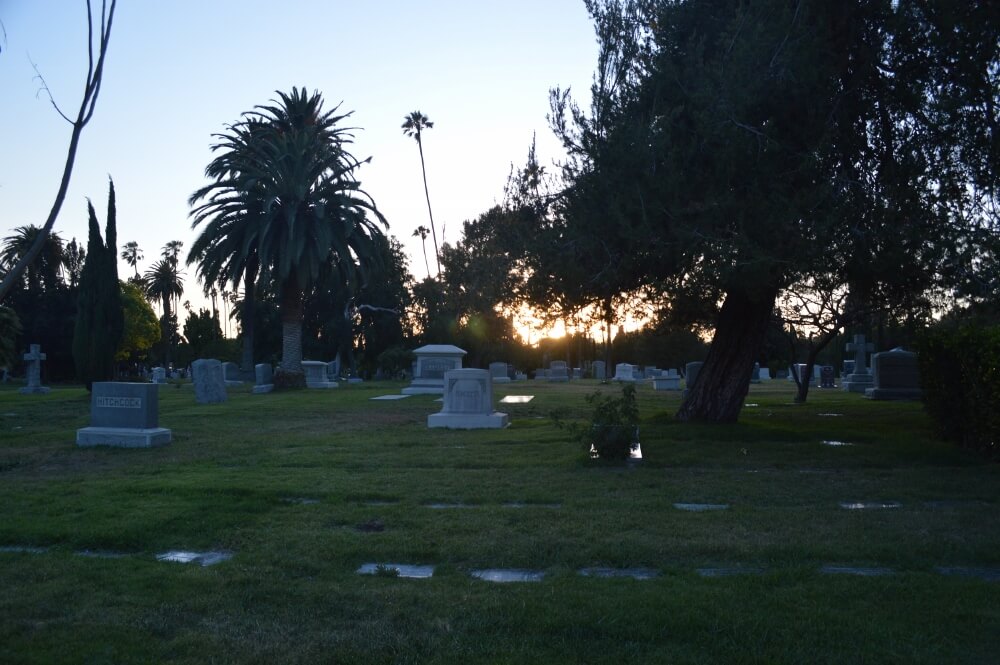 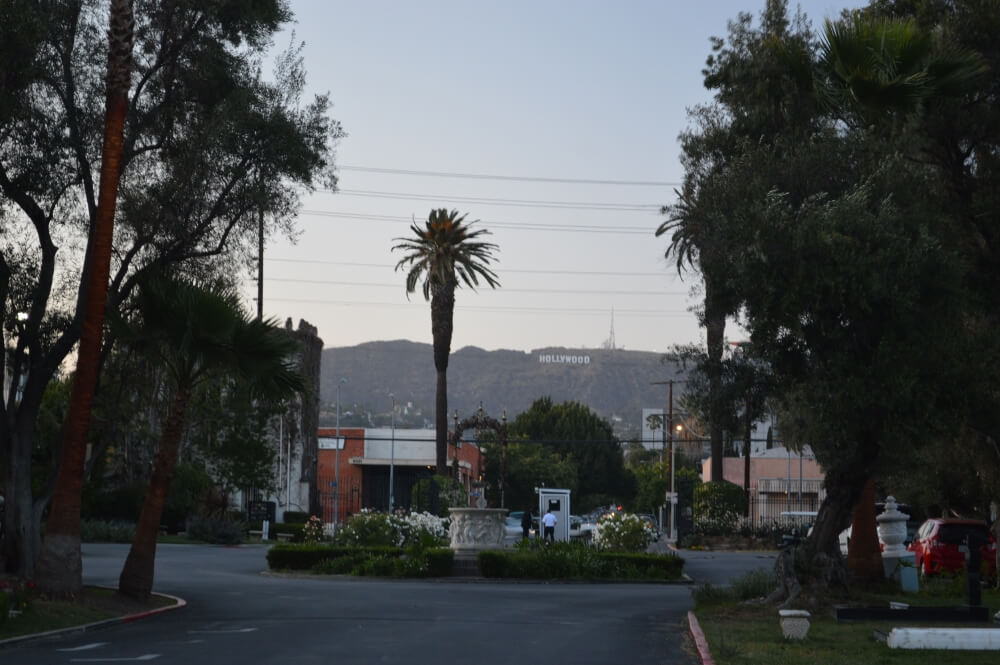 If you get to Hollywood Forever before sunset, you can explore the tombstones of many of Hollywood’s greatest. The tranquility of a graveyard can be both peaceful and spooky, it really depends on your views on mortality.

After walking around the cemetery, I paid a visit to the cemetery’s resident peacocks (their squawks are the only thing that really breaks the cemetery’s practically deafening quiet). Once the sun had set I made my way to the Lodge (the walk back to my car at the end of the night in the dark was no less spooky), I entered the gorgeous building and made my way up its stairs to the venues massive concert hall.

The room is spacious, guaranteed for a large attendance, and when opener Kaitlyn Aurelia Smith took the stage, the venue filled up immediately. 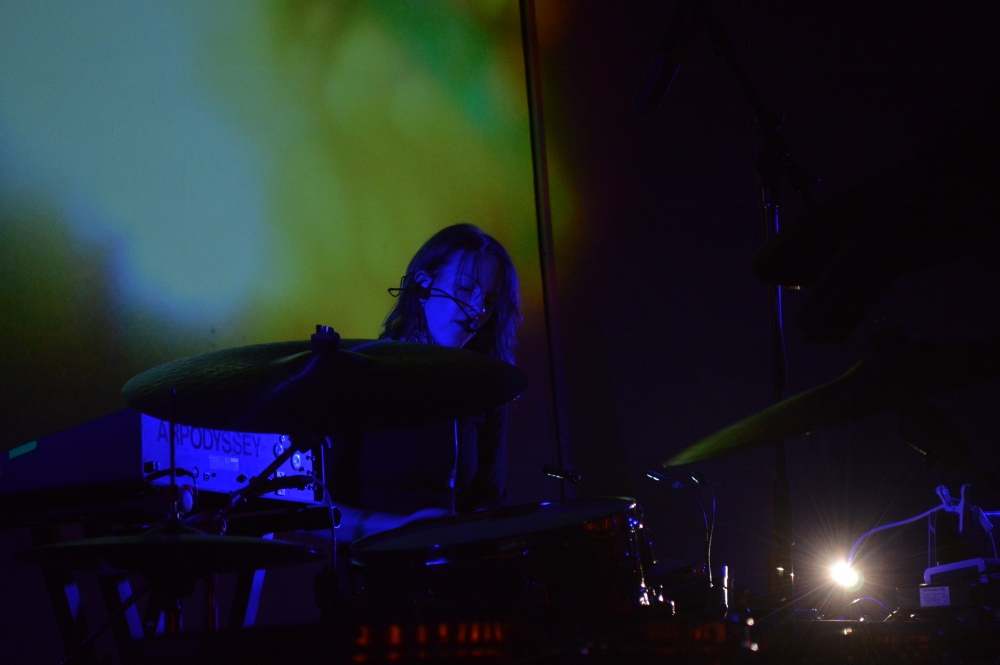 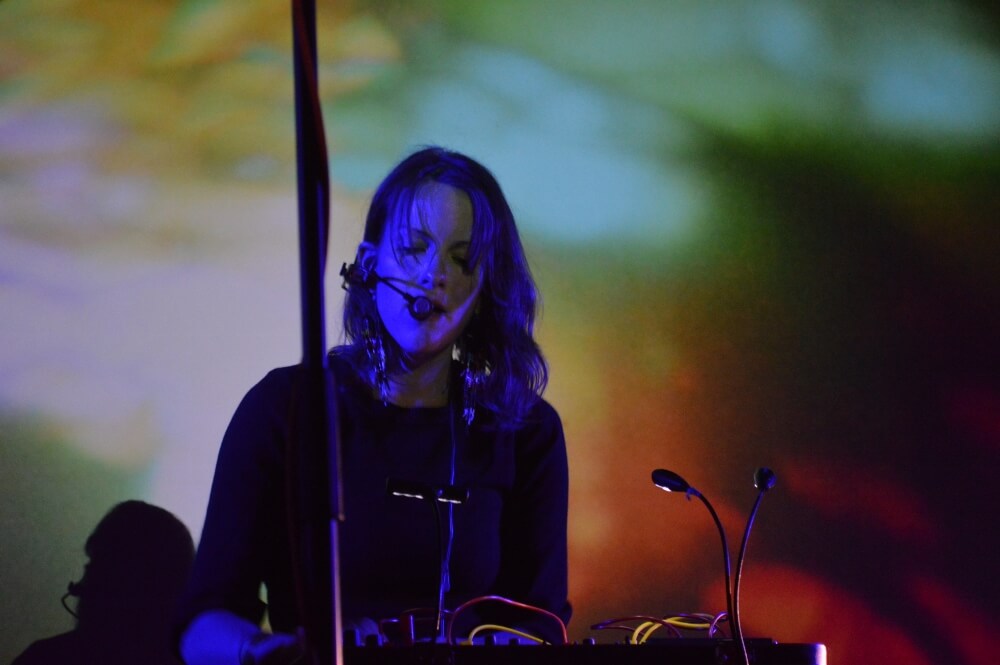 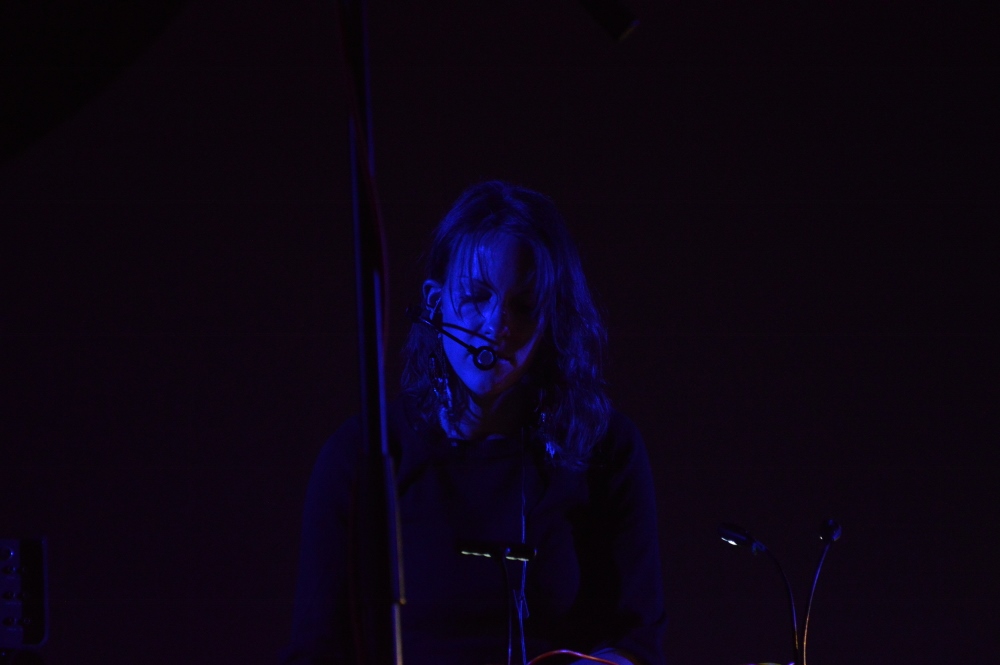 The Bay Area artist delivered a mesmerizing set, using a board of electronics and her heavily processed vocals to fill the sound space with shimmering synth-scapes. From ambient to complete sensory overload, her performance was absolutely captivating from start to finish.

With one solitary light on the stage and a morphing visual being projected behind her, seeing Smith is a surreal experience. Her music along, with the minimal stage show, was something I could get lost into, every nuance in the music was crystalline and as each song unfurled, it was like turning the page and finding some form of catharsis in discovering the unexpected. 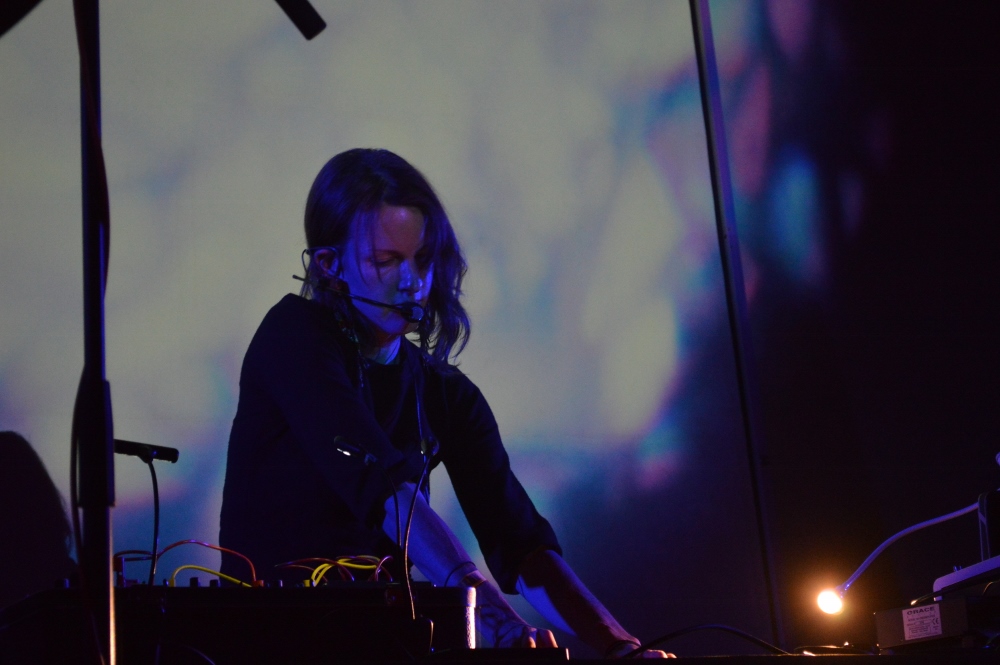 If you are not familiar with his music, you must dive into the veritable sandbox that is his full-length debut, last year’s Elaenia. His music is the product of electronic music staples like house and garage and the stylings of jazz and avant-garde coalescing into a phenomenal amalgam of sounds, a textural concoction that lies somewhere between cerebral and evocative.

For an artist that hasn’t been on our radars for that long, listening to him feels like we’ve been missing out on him for much longer. 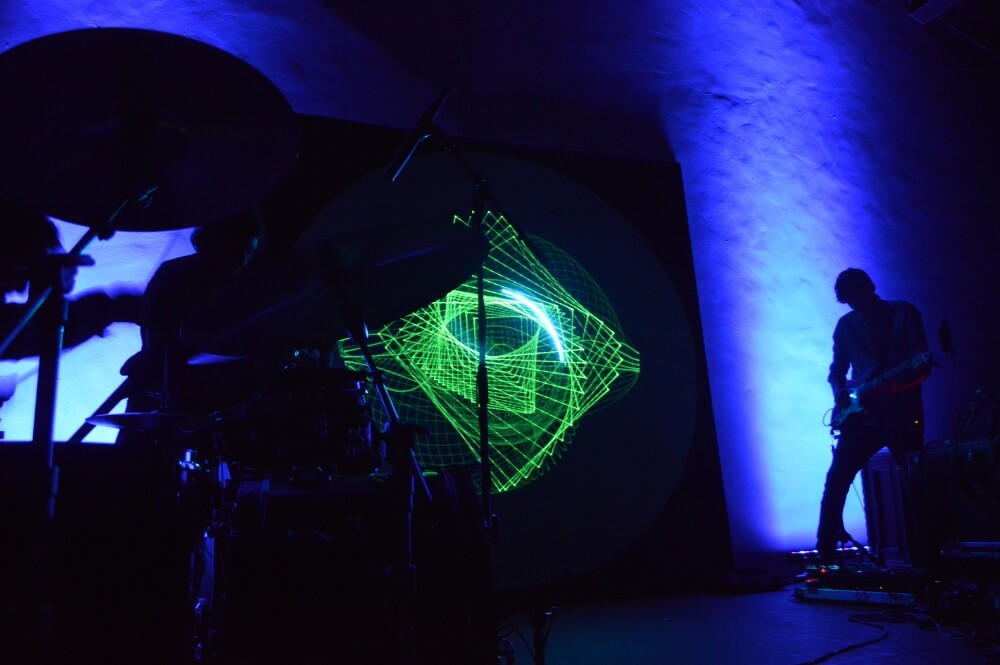 Floating Points is nom de plume of Brit savant Sam Shepherd, Floating Points as a live act is a masterfully talented quintet, with Shepherd on a Buchla and a whole lot of electronics I can not even begin to wrap my head around, two guitarists, a bassist and a drummer.

The live format for Floating Points gives his music a whole new dimension, with deft instrumentation going wherever his synths go, the result was a performance that hooks you in and doesn’t let go.

The set began as a quiet buildup of Shepherd’s textured soundscapes, it was utterly serene as the crowd went silent and took it all in. Once the band came in, it turned into one of the coolest jams I’d ever seen. 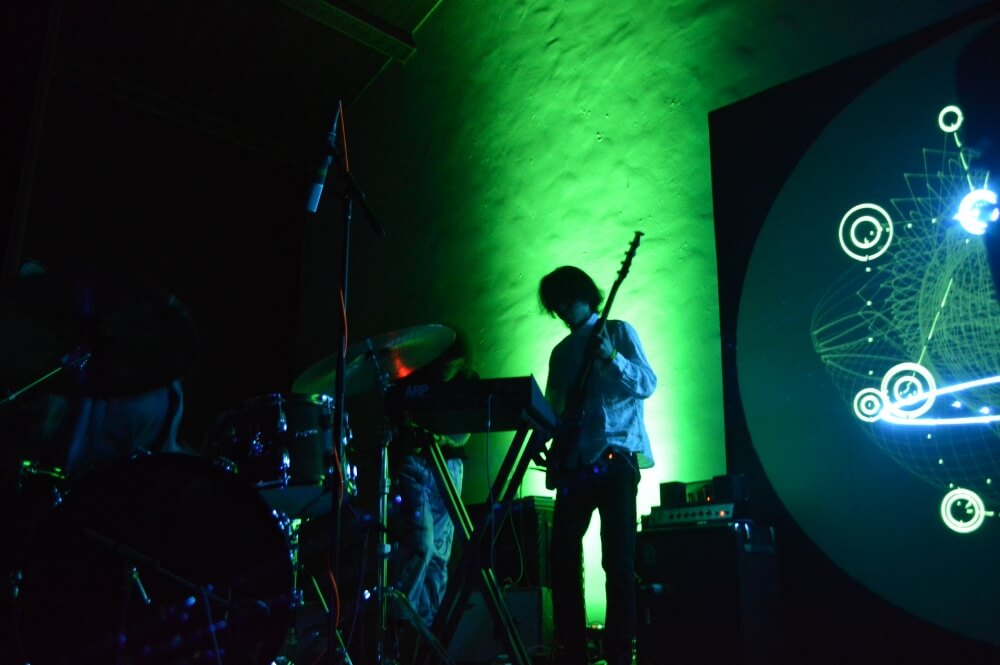 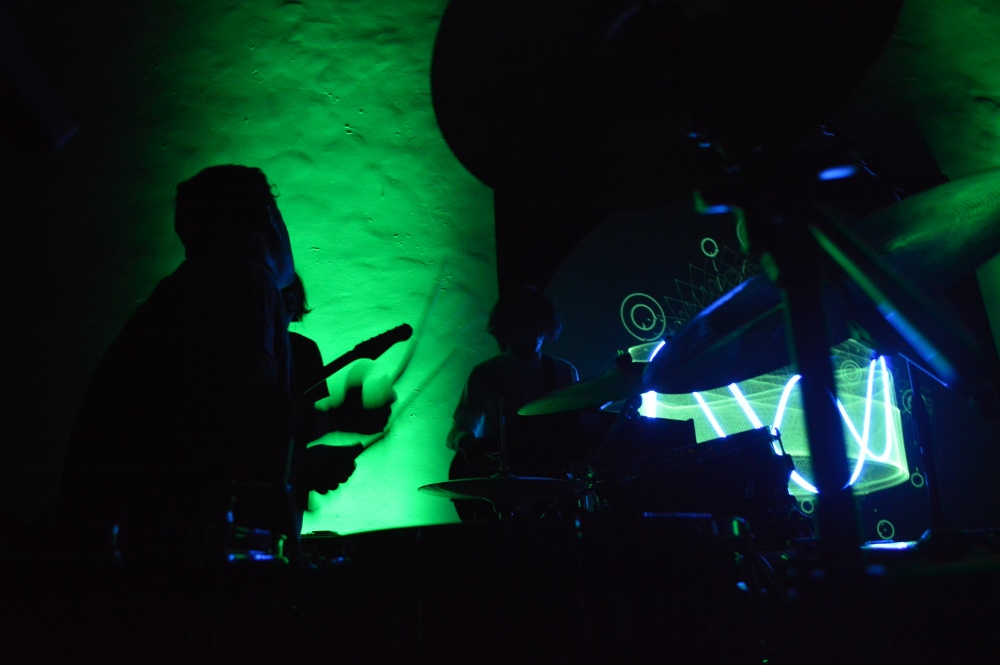 The band performed on a dimly lit stage, only adorned by a colored wall and a projected constellation, transforming in sync with the music. The dynamics between each player in the set sounded great, the drummer complimented each flourish with a well-syncopated fill, the guitarist’s used their instruments for both melody and texture, which only makes sense when working with music as densely layered as Shepherd’s, and the bassist was the thumping pulse to this living, breathing performance.

Each song they played escaped easy labeling, moments of ambience are followed by jazz crescendos and moments of downright funk. Listening to music as labyrinthine as Floating Points can be an amazing experience, but as a band, they gave the material new life, an impressive set with not one moment to be disappointed with. 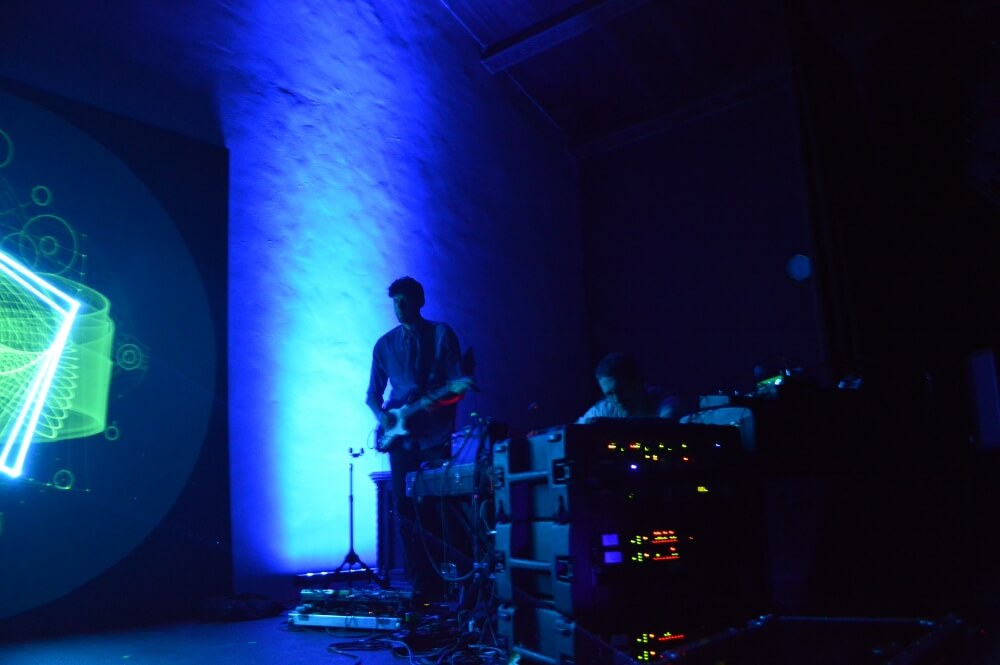 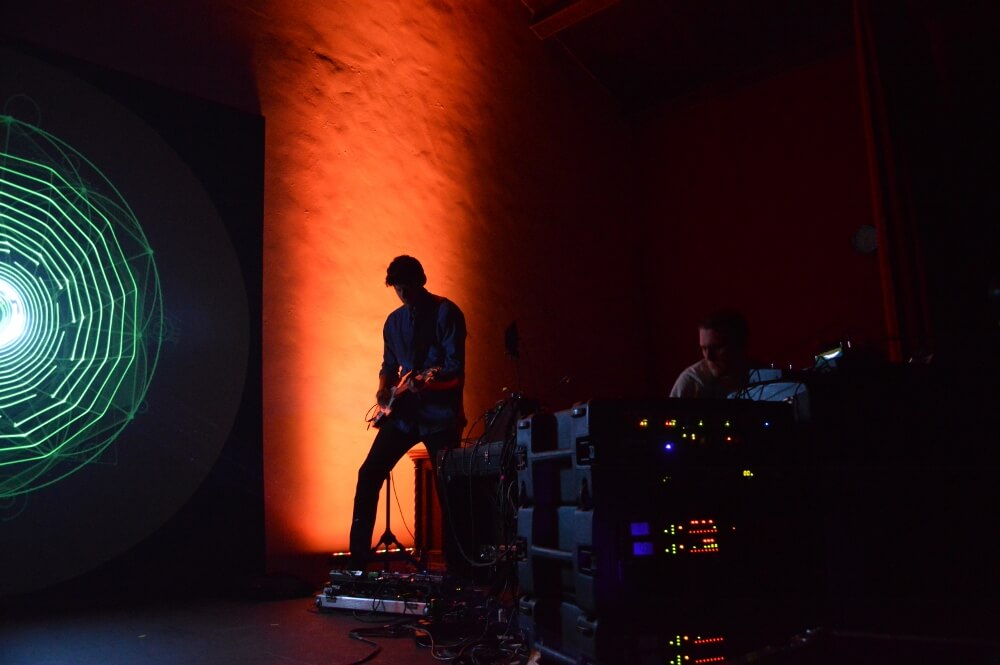 Floating Points is by far one of the most enticing, unique performances you can see. While it’s strange to have this much fun at a cemetery, Hollywood Forever is not like any other graveyard. It’s a cultural landmark of Los Angeles, a place where one can celebrate both life and death, music itself is the celebration of life and going to a concert right next to the final resting place of many is an oddly wonderful juxtaposition of these things.

While walking amongst the graves certainly brings about gloomy emotions, even if only a little, seeing Floating Points here has never made me feel so alive.

Catch him tonight for his second night at the Masonic Lodge or any of his other North American stops: