A new poster for the new Assassin’s Creed movie has just been released by 20th Century Fox. 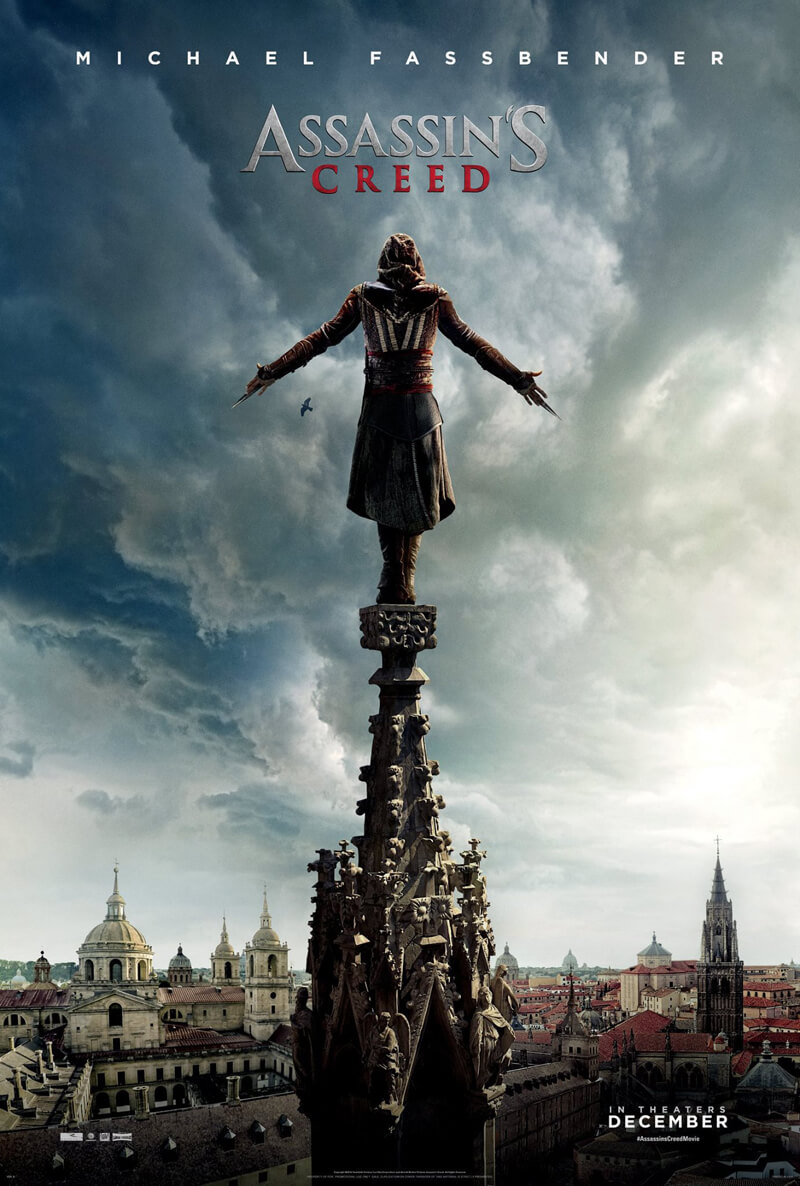 The movie is based on the Assassin’s Creed games by Ubisoft and takes place in the same world in which they are set, inspired by author Vladimir Bartol’s novel Alamut.

The upcoming movie, set to be released in the United States on December 21, also stars Marion Cotillard as Sophia Rikkin, Michael K Williams as Moussa, Ariane Labed as Maria, Jeremy Irons as Alan Rikkin and Brendan Gleeson as Lynch’s father.

It follows Lynch’s story as he relives the memories of his ancestor Aguilar de Nerha and discovers he is a descendent of a mysterious society known as the Assassins.

He then uses what he learns to take on the evil Templars in his normal life.