Suzanne Clement stars with Julie Depardieu and Johanna ter Steege in À La Vie — the story of three Nazi concentration camp prisoners who reunite fifteen years after the war for a beach vacation in France.

They’ve lived separate, ordinary lives, but always mindful of the dark clouds of the past. Their plan is to eat, sunbathe, talk, catch up and reconnect and avoid discussion of the camps.

Clement plays the most flamboyant of the women, whose anger lies just beneath her flashy exterior.

The star, one of Cannes darling Xavier Dolan’s favourite actresses, tells us about working with a different director and on the emotional challenges of playing Rose.

Monsters & Critics: Rose makes an immediate impact and you play her with real naturalism, how did you access her?

Suzanne Clement: I tried to feel how much pain there is underneath her outside care for her image — the clothes and everything — and her way of trying to always seek pleasure in things.

As is sometimes the case in our lives, there is often a need to not see something else. For Rose she’s trying to not feel the deep guilt that she has been bearing inside her, of not having saved her own child from death in the camps.

M&C: Was it good for you creatively?

SC: Yes. Beautiful landscape is always a joy and the being near the ocean, the beauty, the sun — it brings to the surface some deep things.

As there was a lot of waiting around, that helped me create the “presto” side of Rose: she’s boiling inside and needs to take the pressure out!

M&C: Did you play her with that in mind? How you could make her an everyday woman?

SC: Life continues. We as human beings are often very perspicacious with other people’s sufferings. We see it clearly and either judge, comment on other’s sufferings or have compassion for others.

Yet very often we have the capacity to forget what’s in our own lives. Humans have the ability to live through a lot, to forget even the worst things.

I also think that Rose has a difficult side that I tried to show although not all of it was in the movie in the end. She’s not always pleasant and she’s not always in the now. She’s a little outside the reality of life because she’s got some memories buried inside deep.

We never know people’s stories. I have traveled a lot alone and so spoke to a lot of different people and there are stories that people tell you that you never would have guessed. I mean you don’t need to travel alone to know that, of course.

M&C: The tone changes suddenly, but it’s clear there is good reason, and so do the characters.

SC: Yes. They are three women who have had stolen parts of their early womanhood. Being together most certainly brings back this part of their lives, the opportunity to get it back is set.

Both the wonderfully strong character played by Johanna ter Steege and my character understand what she is experiencing and have compassion for her and the desire to see her happy.

All the misery in the world has never prevented people to make the love stories in their lives the most important issue. I once heard a psychologist who worked with refugees say that even with all the sufferings people have lived their questions often referred to matters of love.

Of a woman who met a man in a camp: will they see each other again? Is he still thinking of me? Or, “I’m married, but I’m in love with his woman I met on the boats”…that is true!

The three characters have left a part of their youths in the camps and their desire for life is intact — as it is with every human being.

M&C: Was Rose tailored to you insofar as you both are from Montréal? Was that originally in the script?

SC: Yes it was in the script: she is not from Montreal but has left France after the war to go live in Montreal.

The three characters are based on the director’s mother (Julie’s character) and her two real friends from Auschwitz and so my character is based on a French woman who after the camps left with her husband to live in Canada.

M&C: What is it that you enjoy most about acting?

SC: Creating characters outside of me. Being somebody else.

M&C: You and Xavier Dolan have made movie magic together many times, but you both have to work with others. Will you work together again soon?

SC: I have no idea. No plans yet. I love him and his work. I enjoyed working with Jean-Jacques Zilbermann; he was a very moving director, bringing his mother’s story to life.

I was careful to try to understand the humour he has. Jean-Jacques has a real Jewish humour that I find so funny and I felt it was important for the movie.

And I also felt the burden that the camps’ survivors have put on their children to carry. Jean-Jacques is a super human being, a great creator and I enjoyed working with him very much.

M&C: Do you have any intention of going Hollywood? 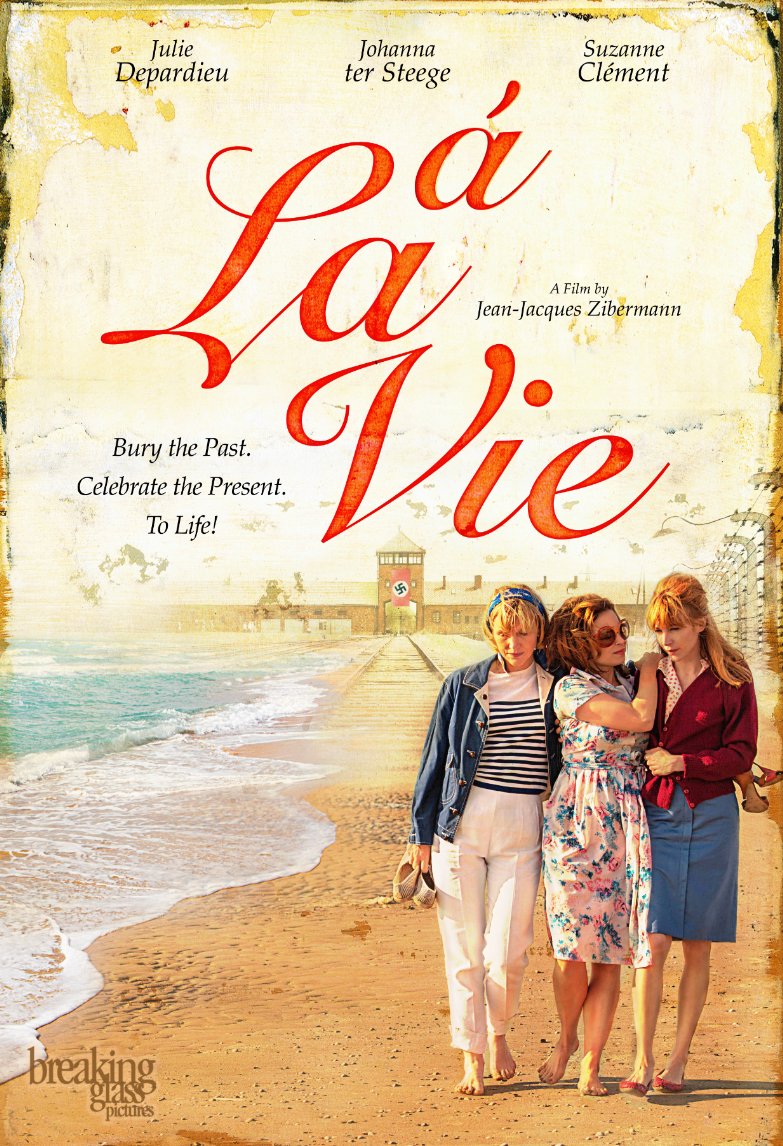 A La Vie is in theaters now.