Monsters and Critics spoke with Choe midweek at Sundance before she won the Waldo Salt Screenwriting Award. We discussed the complex emotional story, as well as Riseborough’s way of diving into character and how James Bond producer Barbara Broccoli got involved with Nancy.

Monsters and Critics: At the screening you said your first Sundance you slept in a laudry room. How did that happen?

M&C: Someone actually rented out their laundry room?

CC: It was a whole bunch of us in a condo house. Somehow someone messed up the numbers and there was too many people in the living room.

I was just like, I’m just going to sleep in the laundry room. It was still a room but it was kind of funny. How things can change in a few years.

M&C: Is the DNA test a time limit built into the premise?

Steve’s character would do that. He would be the one to get it in motion. I think it was really helpful to contain the story because it’s a ticking time bomb. You know this cannot continue for that long.

M&C: Does that also add a weight to whatever closeness Nancy and the parents develop?

Everyone is, in a way, dealing with themes of self-delusion, delusion and hope and need. Need for love and intimacy kind of overrides everything.

M&C: What made Nancy the right project to be your first feature?

CC: I went to Columbia Film School in New York for grad school. I did four shorts there that I wrote and directed. They were all very different from each other but I knew that I wanted to create a female antihero character, someone that was morally ambiguous and complicated.

I was really obsessed with impostor stories at the time. I felt like whatever I was doing, since I didn’t have a ton of money, it’s not a studio movie, that it had to be self-contained. The film is essentially five main characters, two main locations.

To some degree I was conscious of just making it self-contained, having the drama be contained in these characters. I felt like that was going to be easier to get made as my first feature.

M&C: Which impostor stories were you fascinated with?

CC: The JT LeRoy one was one I was fascinated for a really long time. Obviously, the original article in The New Yorker that inspired the Impostor documentary was one.

Every time something would come up, someone would send me the article. The last one I really got into was Rachel Dolezal. I am endlessly fascinated.

I was really fascinated by these impostor stories. You know they’re not doing it for financial gain so what are they getting out of it? What’s their motivation? What’s their psychology behind it?

I felt like a lot of these stories don’t get into it. It’s more just like “oh my God, it’s crazy” instead of what’s motivating them to do that.

M&C: You can’t control the weather. Did you have to wait for snow in Liberty, NY?

CC: No, actually it’s funny. When they go out walking in the snow, it was not supposed to be snowing. When it was time to shoot it, it was a blizzard basically.

For some reason I really was thinking it’s just not logical. No one walks in a blizzard. I was just thinking all these things. Then we just did it. We had to do it.

It ended up being such a happy accident that brought this magical quality to the scenes. I’m so glad it was snowing.

Sometimes when you’re in it, you’re directing, you’re like, “Oh no, this is not what I planned.” You just have to adjust with what’s happening in the moment.

M&C: Even at the indie level, was there pressure to give Nancy some redemption or make her more sympathetic?

CC: I think there were people at different points in the process. It wasn’t so much like make her more sympathetic. I think there was a lot of, “Well, it depends on the execution. It depends on who plays Nancy, how much empathy you’re going to have for her.”

That was hard to battle against. How do I prove I can execute it unless you give me the chance? Part of why I chose Andrea Riseborough is she, A, is such a shapeshifter and chameleon and she can disappear into a character, but she also has such a vulnerability to her.

I feel like you can read her emotion on her. I can’t really imagine anyone else being able to pull that off with the same script.

M&C: I am fascinated with her. What insight did you gain into her process?

CC: She has no vanity about her appearance as far as she will do whatever is required of the character. She definitely was like, “I’m cool with no makeup.” Whatever felt true to who the character was, she would go for it like 1000%.

She was not self-conscious. Her level of skill, I’ve never seen that. Not only appearance, she’ll transform her voice. She’ll transform her body language, her posture. It’s literally like she’s shapeshifting into another creature in front of you.

We wouldn’t shoot anything unless she was in costume. We were blocking in character. She’s very immersive that way, which I didn’t realize was unconventional. She totally immersed so I said, “Whatever you need.”

Whatever actors are doing, when they’re doing it well, it’s like voodoo. It’s like magic. It’s a very special thing to reveal your soul while all these people are watching. It’s such a strange ability.

M&C: How did she help as a producer?

CC: She basically, when we were looking for financing, she was like, “I have a woman in mind.” She didn’t tell me who it was.

She’s like, “She’s basically the most established female producer out there.” She sent her the script, who ended up being Barbara Broccoli, the producer of the James Bond franchise.

I actually wasn’t really expecting anything. It seemed like a far stretch. Barbara loves Andrea as much as I do and believes she’s as brilliant as I do. She loved the script and it was really simple.

She just wanted to support a female filmmaker and she was on board pretty quickly. She was there on the first day of shooting. She was helping fold sheets. She was super down to earth.

M&C: So how did you get them to let you execute it?

Ann Dowd was attached early on. She wants to do it. Then John Leguizamo came on. For me the easiest part is to assemble talent because we speak the same language but we don’t say to each other, “It’s execution dependent.”

Am I going to say to Steve Buscemi, “I don’t know about you” or vice versa? You have a connection to the material. Steve came on board because he thought the script was really well written. He had worked with Andrea before and he wanted to work with her again.

When money is involved, there’s talk of execution but from artist to artist, we don’t talk about execution. We’re just like, “Hey, do you want to do this? This is cool. I think you’d be great for this.” You either connect with it or not and you just do it. 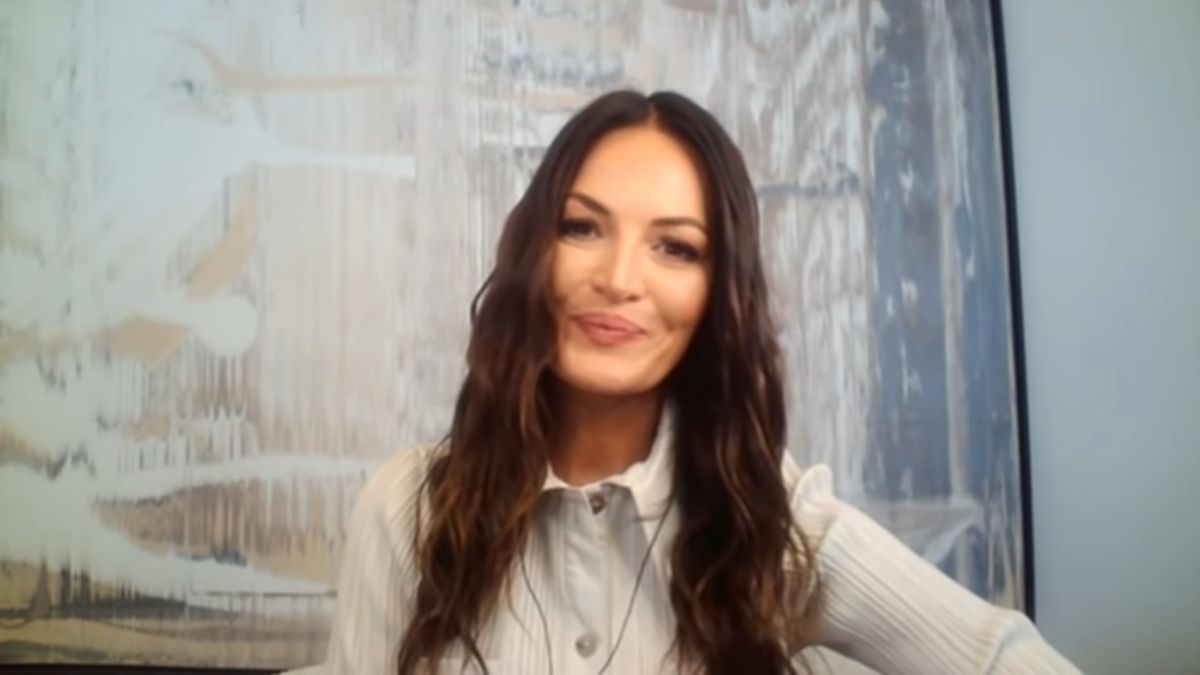 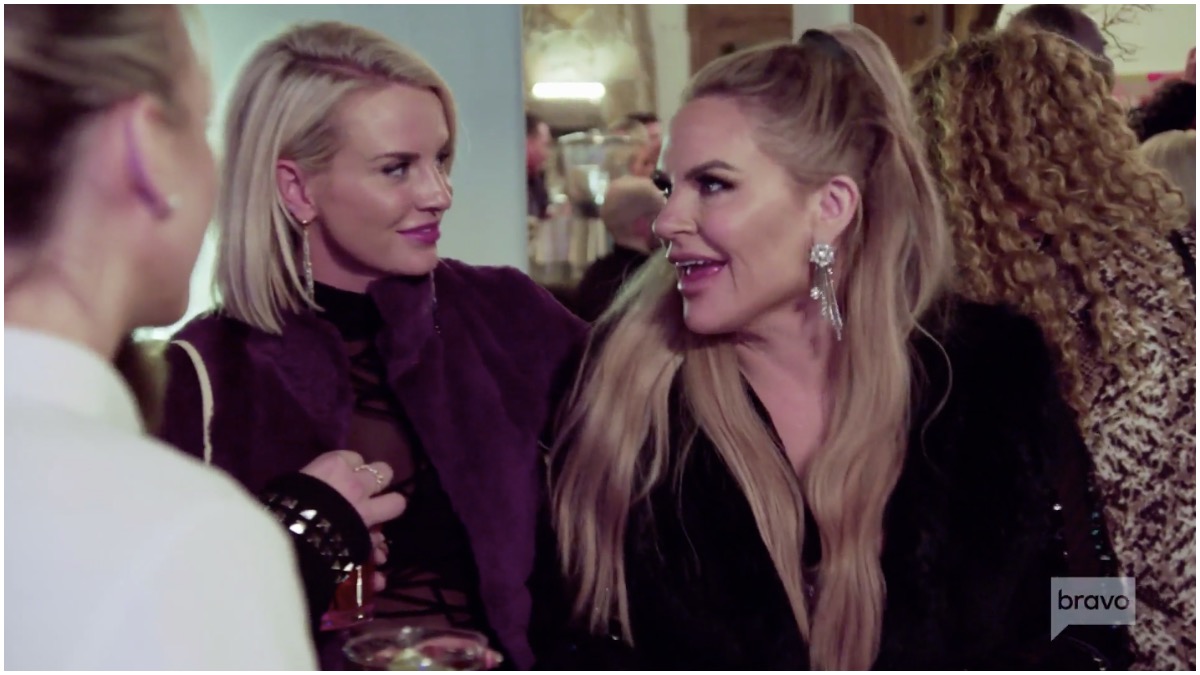