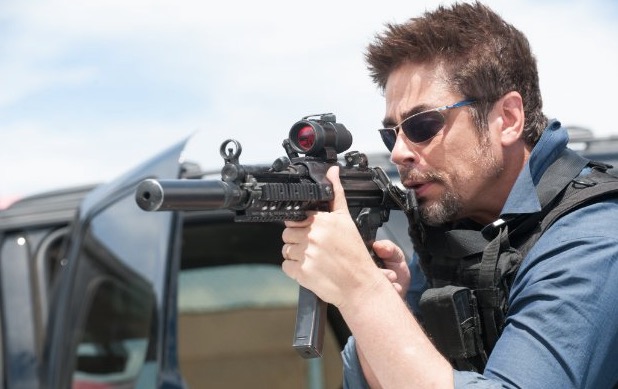 Emily Blunt is about as far south of a romcom as it gets, transplanted to the U.S. Mexican border – the drugs and crime hotspot of Juarez and El Paso as a drug agent in this tight, visceral and disturbing film.

Similar to The Bridge on FX, in that a woman has a prominent law enforcement role, it’s also an unnerving portrait of the decay that sets in around the rise of a drug-based economy.  Her trained mindset is at odds with natural empathy and it messes with her psychologically.

It’s hard to see bodies hang publicly from a bridge, dismembered and dishonoured, as a warning to those who would cross a drug lord.  There is proof of pure evil in the world as walls are opened in a drug lord’s home to expose dozens of plastic wrapped bodies.

The dual, triple and quadruple loyalties, greed and blood lust of all players, police, agents, criminals and the ripple effect on their families and constant threat of death hangs in the air.  It’s hard to breathe.

Denis Villeneuve’s masterful, classically made crime thriller is hard to watch but he’s skilful enough to temper it with Blunt’s character’s basic decency and good will, her symbolic grace.

Her partner (another Brit Daniel Kaluuya) is the only connection to normal; he checks on her, dotes on her, isn’t afraid to correct her and even reminds her it’s time to buy a new bra. That’s how close they are. 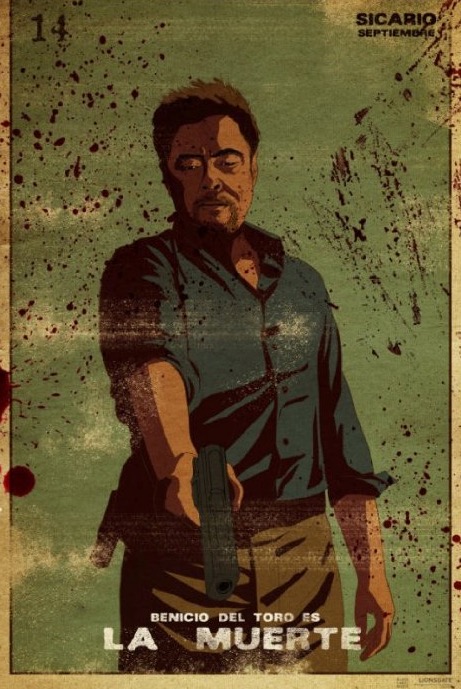 The others are vividly rendered, larger-than-life cowboys – agents, cops, experienced volunteers and rogues fighting the drug war for the USA.  They don’t welcome her in, but tolerate and leave her alone. Josh Brolin, Victor Garber, and assassin for hire Benicio Del Toro.  Big personalities, big war, big soldiers.

Blunts’ objections to their rogue ways cuts no ice. By rogue ways, I mean gunning down citizens in broad daylight in a traffic jam, following suspects to their homes with mayhem in mind and doing whatever it takes to wipe out the enemy.  Things they shouldn’t be doing in Mexico.

Despite the enormous amounts of money involved in drug running, the people who suffer the most from the war are those who live there, most in absolute poverty.  Villeneuve shows us what looks a lot like a big bad dog chewing off its own legs only it never ends.

So we have a feminist border war story about the impossibility of ending the drug industry. As one Mexican capo tells an US agent “We learned how to do it from you”. If that doesn’t spark some righteous guilt, then nothing will.

This is a powerhouse of a film and definitely award worthy. Maybe a Canadian director sees and reveals things insiders don’t. It works.