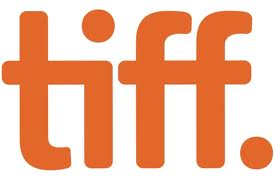 Some of his most iconic films Filthy Gorgeous: The Bob Guccione Story, Show Stopper: The Theatrical Life of Garth Drabinsky, Jackie Mason: The Ultimate Jew and The Citizen Cohl: Untold Story reveal his passion for unique real life characters.

His latest “character” is his ten year old daughter Sloan, whom he helped produce the short film Red Alert. Sloan is a redhead concerned about recent reports that they were becoming extinct.

She got to work and made a movie on the subject.  She interviewed among others, geneticist Amro Zayed, celebrity hair stylist Daniel Fiori, model Lucy Liberatore and Richard Crouse who explained how “going red” kicked the careers of some Hollywood actresses up a notch.

I have a vested interest in Sloan’s discoveries so I spoke with her and with her father. 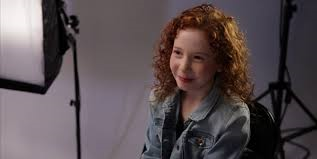 Sloan you are now a movie star and producer and you’re only ten.  Is that a world record?

‎I hope it’s a world record. That would be cool.

As a fellow redhead I too was perplexed and sad to read that report that we were a dying breed.  What got you going?

‎I was surfing the net and I found an article that said red heads would be extinct but I was suspicious. I wanted to debunk the myth.

How did you pick the redheads you interview?   Did any of them report redhead prejudice or envy?

‎I put the word out I was looking for red heads for my movie and many people responded. A few of them said people were not very nice.

‎ Kick a Ginger Day seems harsh and “hairist”.  Are you fighting to stop such anti-redhead behaviour?

Well that’s one of the reasons I made the movie.

Richard Crouse made some good remarks about redheads and Hollywood glamour.  How did you get him?  He’s so busy.

‎He is a friend of my parents. So I just asked him and he said yes. What a nice guy.

Do you find that redheads bond together?

Of course red heads bond! But all colours should bond too.

Are you thinking about another movie?

I only make one movie at a time. Stay tuned. 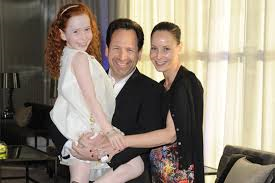 Barry you’ve made lots of feature films and documentaries.  Did you think your job would rub off onto your daughter as it has?

‎Sloan has a natural gift for storytelling. She would constantly comment on the posters for my films and voice her concern that none of my projects appeal to her. She would say; “who is Guccione ” or “I’m tired of hearing the name Drabinsky”. I encouraged her to come up with her own ideas and she came up with a winner.

Do you think she has a natural gift for filmmaking?

Sloan is very organized and disciplined so I was not surprised by her approach to the film but her level of creativity and natural aura in front of the camera was exciting to watch.

Did you help Sloan with the research or was it her job and passion?

‎Sloan did her own research. I just helped her with structure and pacing.

Sloan has seen you around film sets and with film people her whole life.  Is it what she wants to do?

At 10 years old, her dreams change weekly, but whatever she chooses will be full of character and personality. Right now, she is saying she wants to act.

What’s ahead for you?

I’m in development on a quite a few projects. Currently, I’m focused on a Marvin Gaye project with Quincy Jones.