Nic Cage in a faith-based film? Yes indeed, the hardest working man in show business stars in Left Behind, a drama about The Rapture. That puts him on point and part of the wave of faith based films have been trending the last few months and that will appear over at least the next two years.  Major and indie films on the subject of God have found appreciative audiences of late, so expect more.

Cage is Rayford, an airline pilot whose relationship with his family is strained.  He’s the classic distracted / absent father and husband who disappears at the drop of a hat;  he’s the dad who’s not there for his daughter and son’s milestone moments.  The family is so out of whack that the children assume their parents are splitting up.  One of the issues between them is that Rayford’s wife (Lea Thompson) is deeply religious and it bothers him.

His college student daughter Chloe (Cassie Thomson) is flying home to surprise him for his birthday but he’s ditched the party; he has to go to work unexpectedly. Chloe’s plane lands and her mother tells her that her father won’t be home as he’s been called to fly to London.  Chloe looks for him at the airport and finds him with a beautiful blonde flight attendant.  She confronts him and he lies and she sees though him.

Enroute to London, something inexplicable happens. In a flash, passengers vanish, leaving only their clothes behind. All the children and a few adults are missing 30,000 feet in the air.  What’s left is a motley crew of passengers just itching for Rayford’s hide. They turn on him just as his co-pilot disappears and his girlfriend flight attendant goes to pieces.

The plane’s wing is struck by a plane apparently without a pilot and its losing gas, so he turns back to New York. Flight controllers tell Rayford that disappearances are taking place worldwide, and the devastation is complete. There is no place along the eastern seaboard for him to land if he comes back  as its on fire.

Rayford examines the effects of his co-pilot and one of the vanished flight attendants. He finds evidence that they were God fearing, Bible reading Christians of strong faith. The people left behind, including Rayford,  are apparently, without faith. The remaining passengers are an interesting mix of the “unfaithful”, including  a Muslim, a drug addict, an elderly woman, and the wife of a major athlete who is running away from him with her now disappeared child.

The film’s religious message is just  enough to make itself heard over the thriller action aspects of the film. It’s not played as  sentimental or cheesy and the faith aspects are only referred to in the last third of the film.  That’s when all hell breaks loose.  The action elements are pretty good, it’s an disaster film as much as  “message” film.  But either way, it’s Nic Cage – hero or anti-hero? 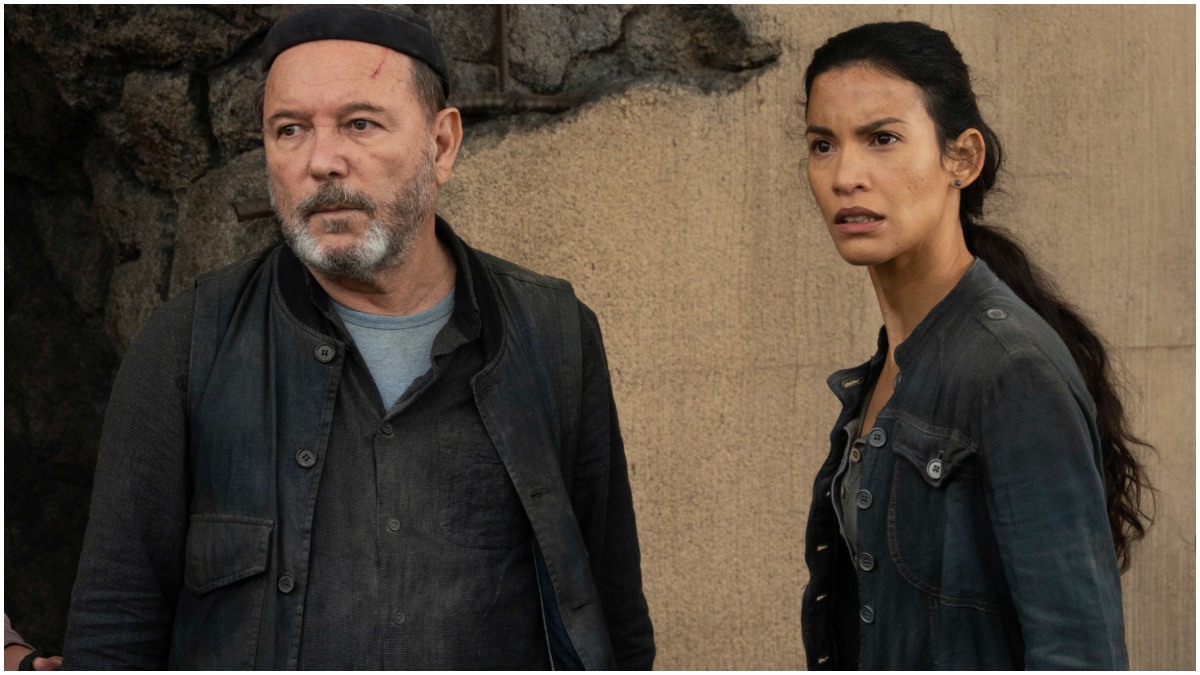