I, Origins is a provocative drama about metaphysics and the possibility of reincarnation.

I, Origins stars Michael Pitt as a molecular biologist working on a database of human eye pupils to determine if any patterns emerge.

At first he believes that pupils are as distinct as fingerprints, that each of us has our own unique set.  But something reveals itself that challenges his deeply embedded scientific beliefs.

He is forced to pursue something outside his comfort zone, the nature of the human soul.  It’s an extraordinary and unconventional film. We spoke to Pitt and Cahill. 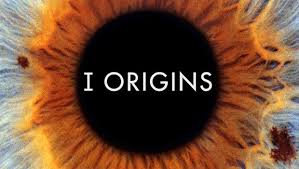 Monsters and Critics – The science and possibilities the film poses weren’t obvious.  Did you get pushback from the studios to make it more accessible?

Mike Cahill – I haven’t felt pressures on that.  Michael says to not give the answer is more authentic in the experience that we have as humans which is like it would be a lie at the end of the film if we were to say “This is the truth”.

This is captures the human endeavor in pursuit of the answers and the truth that all of us on our deathbed, we’re like “We were this close but we don’t have it” Hopefully there’s something else we can find joy in.

Michael Pitt – When you get answer you stifle the viewer’s complexity, their own mind.  I learned a lesson from Hitchcock’s films, and that’s not showing certain things.

What you don’t show will manifest in the minds of the viewer and what they can manifest in their own mind is going to be greater than what we can show them.  Definitely posing the question and asking for the answer allows you to use your mind. 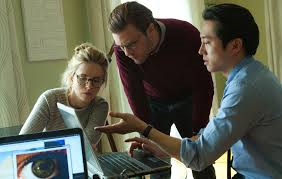 Michael’s character is all science and provable fact.  So how does he get caught up in the film’s repeated appearance of the number eleven?

MC – Ian’s a character who believes in science whose ideas don’t fit into the playbook for scientists.  It seems like the one thing he would not do, following a repeating pattern of elevens, especially early in the story.

It seems counter his character but it was really important to reveal the three dimensionality of his character.

95% of his being was like “I’m not getting on that bus and following a weird string of symbols or numerology, but 5% of him over rode him and brought him on that bus. I credit Michael’s brilliant performance that unfolds authentically. It isn’t false.

Michael Pitt your choice of roles including this one is unconventional and really interesting. What do you look for?

One of the things that drew me to this was a new director, mike, but I don’t see people making the types of films he’s making, especially in sci-fi and I do look at it as a science fiction film, also a thriller and love story.

The sci-fi genre has become about special effects and millions of dollars. What interested me when I saw Another Earth was that it was a very complex thing that he was attempting to do without the bells and whistle and it speaks to his talent.

Generally when I’m picking my movies or TV roles, most of the time I’m looking for what hasn’t been done and would surprise me. When they called me for Hannibal and they said the character cuts off his own face and feeds it to the dogs.

I was like “Sign me up!”  We joke about it but what I do hope is that I inspire people to take risks and do things that push the envelope and to be secure taking those decisions in doing things that are different.

Maybe the hardest thing in the world to do, not what other people are doing.  Some of the greatest people, thinker, scientists, politicians, do exactly that. 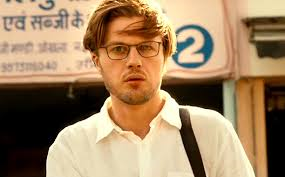 Michael, you had executive producer credit on I, Origins and a writer credit on another film. Are you trying to take more control?

MP – It’s less about control and more about reaching a stage in my career now where I’m thinking of those things. Ron Howard said something before I understood what it meant.

He said some of the best actors are writers to the core.  They might never put a pen to paper or a typewriter but they are innately writers writing a story.

Its goes without saying with some directors I’ve worked with is that it is part of your job to … they’re looking at the whole blue print and keep it intact.

You’re one character and in fact you can really make that character three dimensional then the whole thing is going to be a great experience.

Directors who see that and aren’t intimated by that are more secure in their talent and Mike sees that. He wants that and so does Gus Van Sant. They want that from his actors.

Law & Order SVU – that performance as a prodigy was breakout worthy- raw and true.  Would you say your acting then was more personal and less technique and what about now?

MP – I’m a New Yorker and adamant about staying in New York and not going to California, but what I didn’t like is that you had to go there. I love my city and you end up doing a lot of TV in New York.

I remember doing that and that in particular was really simple in fact because on television you fall into a formula and the actors fall into a formula, or maybe they’re not encouraged for time or the people don’t have the power to say “Be more free”.

In fact all I did was do nothing and just not act.  Just be.  And when you do that, when people other actors are around and lot of time it’s not their decision are putting on a shtick, a way of acting. It makes what you do obvious.

When I looked at Marlon Brando or James Dean, the thing about their performances, like Brando in On the Waterfront, you see a performance that’s just as good today.

It’s not dated.  Everyone else has this way, there’s a way to do Shakespeare and that becomes part of it, but if you can get to a point where you’re brave and crazy enough to break those things down,  once people understand it, they love it.