Laura Dern’s presence in Jean-Marc Vallée’s Wild is ethereal and steeped in memory and love.

One day Cheryl embarks on a thousand mile solo trek to come to terms with her life and her understanding of her late mother.

The sojourn becomes penance and redemption and through her memories she connects with Bobbi, the “love of my life”.  Dern achieves nearly mythical status as her Cheryl realises the gravity of not getting to know her better and appreciating her bright spirit.

It’s profoundly moving, and its a true story, based on Cheryl Strayed’s memoir “Wild: From Lost to Found on the Pacific Crest Trail”.

Dern told us in Toronto that Strayed’s presence on set was an actor’s dream and it was the greatest mother role she’d ever played.

Cheryl says in the film her mother was the love of her life. So beautiful.

We never see that in film. It is our original love for better or worse, it’s really beautiful to say.  Bobbi who plays her child is Cheryl’s daughter and I kept that very much in mind.

Cheryl said it was her great heartbreak that her own children never got to know her mother, but she got to know them through the film being made, to sit there with Cheryl.  What the family had been through.

As a mother let’s get this straight, the  only time I’m a mother in a movie I’m high on spray paint and don’t even know where they are, if I’m pregnant it’s a disaster, never have it together.

I always played girls, arrested development girls, the first time I’ve played women and mothers. That was a beautiful experience.

How they informed each other is considered to be a mother of two myself, I have two children, the wisdom we get knowing this kind of love, this is like nothing else.

That they are such different people and places and spaces. Wild was desperately trying to be everything she saw in her mother.

Besides Cheryl’s memoir and Jean-Marc’s direction, what was your key to creating Bobbi?

Really, if I didn’t spend as much time with Cheryl as I did and comb through the book, it would not have been fair to do what we did, we did it from her memory and feelings she shared, the fun of cuddles and all this love she was giving us her life was falling apart.

To plant yourself in that experiment, jumping in a puddle or having her diagnosis m you want everything to feel like that that love and gratitude …

A lot of our improv was to get in a line about the sun, being grateful for each day, be happy for each day and I shared it, zipless f**ks, a lot of things, their relationship was the gift was honour it.

I feel lucky because I worked in very emotional films but I also had the privilege of working in comedy on the fly. He’s so voracious, constantly coming g up with stuff, it’s like a comedian’s brain how to get the jokes in.

You have this light you’re holding, you let it serve.  Cheryl was very grateful. 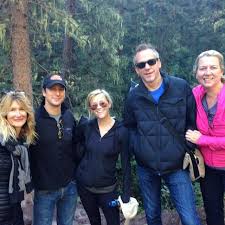 He’s incredible, he’s so amazing, a gentle giant, he’s so deep and passionate and determined about exactly what he wants and yet the gentlest soul and deeply emotional and honest about his own family story, his walk through life.

We all cried together every day.  He’s an amazing filmmaker.  I really loved that.

Your scenes in the woods, where you are a memory or a dream, are stunning.

All of that was improvised. It’s one thing as an actor to get the opportunity to do that and it’s another thing for a filmmaker to say “Reese isn’t ready, lets shoot with Laura we have five minutes”.

He always comes up with it. The way he weaves memories in a non-linear way, that beginning middle and end isn’t how memories come to us.

He cut together a majority of everything I did. You really feel her mother with her through the whole thing. 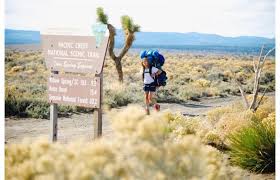 Do you believe the landscape is changing for feminism in films?

I sure hope so.  It’s interesting for all us movie lovers, we know it existed before, but the sad news is that it has to circle back, Bette Davis and Barbara Stanwyck.

It existed in the 30’s and we lost it in the 50’s and got it back in the late 60’s and 70s. People loved Klute and An Unmarried Women, and then we lost it again for clearly we’re getting it back.

It took commerce to get it back, movies made money and that’s awesome however we get there.  I look forward to the day when a film that has a female lead is a human story that people get out of it.

Men say they relate to the film and have those feelings about their fathers and that they relate to her journey.  Women have always got that from male protagonists.

It will be an equaliser, for everybody, but for women I couldn’t be prouder. I tried to consider women’s voices in a lot of characters I played but I’ve never seen a movie where the film ends with a woman with no man, no job, no money and no family and that’s a paradigm shift.

It’s not, awwww, she found him.  That’s the other thing were trying to find. I get to say you have to find your best self.