Violette, Julie Delpy’s character in the dark comedy Lolo, has a self-esteem problem.

Every man she’s dated over the past twenty years has walked away from her, usually without explanation or apology.

Violette has come to accept that she is undateable, unlovable, a loser in love.

She finds comfort in her son Lolo and showers him with affection and attention even as she puts up with his demands, outbursts, sarcasm and disdain for her friends.

Lolo is a romantic comedy that cleverly balances laughs with squirms and heartbreak. We want Violette to finally succeed in love. Finally she meets a man, a country hick, and despite their social differences it seems to be working.

Delpy told us in an interview from Los Angeles that Lolo is unusual. She wrote, directed and stars in the film and chose to make it deliberately uncomfortable.

She said: “I had fun with it because I wanted to do a comedy with a dark side. Violette is in her forties and she meets Jean-Rene (Dany Boon) and finally love is possible and her son Lolo (Vincent Lacoste) makes it impossible.

“Everything could be with them in a different world but the problem is in the son, who is kind and cool at first until his true self emerges.”

Delpy says she wanted to write a thriller like The Bad Seed, or at least a romantic comedy version of it.

The idea of an evil child is a tough concept, both in terms of a child’s responsibility and how parents process it.

It goes against the grain, and the conventional portrait of a loving mother and son. Violette’s discovery that Lolo’s jealousy played a part in her loneliness was an interesting moral challenge.

Delpy said: “I wanted to make sure that it was not about an Oedipus complex that’s passionate and where he loves her physically. It’s not like that.

“He’s more like a modern version, a reflection of the world in which everyone’s turning into a sociopath for self-gain, and using people. A world where the minute Jean-Rene isn’t interested in her anymore, Lolo’s no longer interested in her.

“It’s like society, using and throwing away. It’s clear that it’s not the passion of Oedipus, its destruction and self, it’s about him.”

Delpy says that she has often come across people she believes are sociopathic.

She said: “I was inspired by a few people I know. Psychologists say a child before three has no sense of others about him and feeds himself. Lolo is like a child that never grew psychologically and never had empathy.

“I was also inspired by people I know who are sociopaths in the movie business, set on self-gain. A lot of people are devoid of empathy about their selfishness.

“They destroy and are mischievous and use people’s weakness to deceive. It’s very Machiavellian.

“Actors can be sociopaths; they are usually charming and look friendly. Men and women, it’s the same no matter what.”

The question of course is how Violette failed to realise that Lolo was the source of her unhappiness. She’s not alone; her sister and friends also didn’t see it.

Delpy said: “That’s why I made it a son and not a co-worker or ex or friend, because there is nothing more difficult than knowing your own flesh and blood is like that. It’s hard to even see it.

“There is not a second when Lolo gives it away. He’s very good, uses her weakness. It’s not what he appears to be doing. It’s using how he is to work through her weaknesses.”

It all sounds grim and dark and it is at times, but Lolo is also incredibly entertaining, funny and challenging.

The film is so unusual that Delpy had a tough time landing financing for the film.

Delpy said: “People said it was too crazy, not cute enough. And what made the success of the film was that it was more real and cruel and harsh and funny. But it was successful.” 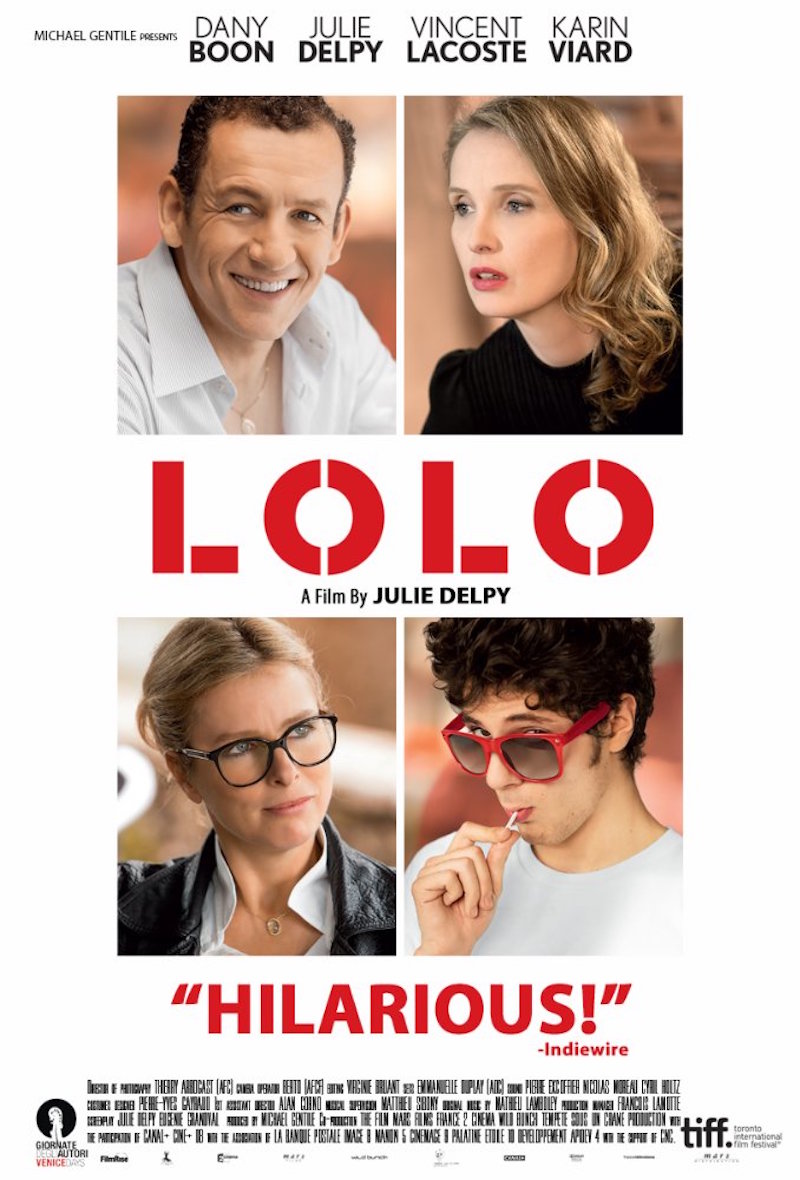