John Boorman’s beloved 1987 World War II film Hope and Glory was based on his own experiences as a young boy in London.

His alter ego Bill Rohan’s most memorable scene was shouting for joy when Hitler bombs his school, ensuring time off.

Now flash forward to 1952 where Boorman picks up Bill’s life as a trainee solider. It was the Cold War and as Boorman says, a time of great upheaval in Britain.

Seen through Bill’s eyes, the post war world was a time and place where anything could happen.

We spoke with 82-year old filmmaker from London. 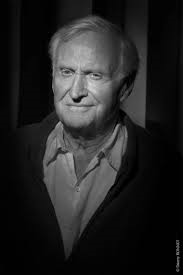 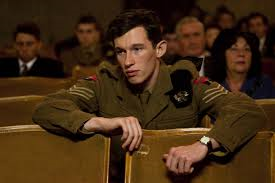 It’s so much fun to see what becomes of Bill and his family in Queen and Country. To what extent is Bill your alter-ago?

Well it’s very close. All the family members and the soldiers are all based very closely on actual people and yes, I kept journals all my life and was able to go back and look at them.

The memories came flooding back and they were the basis for this film. Only looking back at it historically half a century later was it clear that it was rather important period of change everything was changing even though at the time it didn’t feel like that.

We were young people bridling against the old order particularly the notion of imperial Britain which the elders were hanging onto.

We could see clearly it was all over – from greatest empire in history of the world Britain had become a small island off Europe.

In a handful of years, everything changed. It doesn’t deal with those great events directly; they are an undercurrent all the way through. It catches these feelings and psychology of that time. 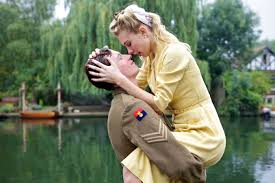 Most films made about post war England especially London depict it as a bleak place, but you’ve filled it with colour and light.

It was bleak. Britain was broke and surrounded by bombed out building and rationing but I think the labour government came in after the war by becoming a reforming force, introducing a national health service, reforming education completely.

For the first time every child in second modern schools learned art and music and out of that those kids in early fifties became the Beatles and the Rolling Stones.

That’s where it all came from. Britain was being stripped of the burden of empire, after all these schools like Eton and Harrow were there to produce colonial officers who would go out into the empire. Instead now they become artists and make money.

Did you really live near Shepperton Studios and watch filming? Did that draw you to directing?

Oh yes I did. Towards the end of Hope and Glory when grandpa is taking boy to school you see the film unit on the Thames.

There was always a film unit while I was growing up – my great ambition was to be a clapper loader. I wrote to all the film studios and I got tuned down by all of them, so I had to become a director instead. 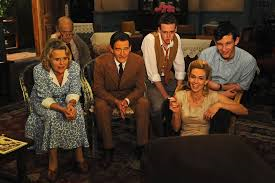 We see news events of the day like the beginnings of the Cold War, the Coronation of Queen Elizabeth, South and North Korea.

It set context, yes, and it was important to show them. The Korean War was going on and these small wars throughout the empire, the Mau Mau Uprising in Kenya and in Malaya there were the rebels in the jungle.

There is a great sense of nostalgia and history packed but it never veers into sentimentality or saccharin sweetness.

I was avoiding sentimentality. That was never a problem for me. It’s all very clear to me, sentimentality is emotion that hasn’t been earned and I felt that most of the emotions were properly earned by the characters.

The family watching the coronation was interesting. It had a big effect at the time and an awful lot of people were encouraged to be moved by this young queen coming to power.

You hear the views on monarchy in the family scene watching the coronation, grandfather has no use for Royals, the father is moved by it and Bill thinks it’s trivial and silly.

The great thing that Queen Elizabeth did is survive. She’s now 88 and on the throne 60 years. She has kept the whole thing going with her character and I don’t think monarchy will survive her death. Charles, he’ll come to the throne at 70.

I had big argument with Charles who is Governor of the British Film Institute. We were raising money for the Moving Image Museum and he was the patron there to speak and celebrate but instead of that he started talking about violence in films causing violence in society.

He always gets it wrong. I said “How do you account for the fact that your ancestors killed and tortured even though they had never seen a film?” He had no answer.

He’s on the side of the angels and he’s very concerned about global warming and pesticides in farming, but he’s a little precious.

It’s interesting that you raise post-war PTSD in the film so vividly. It’s getting attention now through American Sniper and other films.

I think soldiers who have been in combat most of them never really recover from it. Its brutalising and the training itself is. In one scene a solider is ordered to get out of a trench and walk towards a machine gun. What do you do? 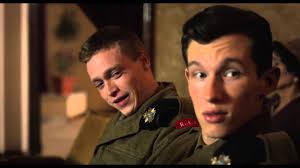 The character Percy, Bill’s best friend in training steals an historic clock which causes endless grief for all the soldiers. Did this actually happen?

This character Percy is based on, he actually stole four things in two week intervals and each time he posted them to himself outside the camp. He closed the camp down four times and he was such a subversive and wanted to cause as much trouble as he could.

Do you keep in touch with him?

I kept in touch for a few years and drifted away. Most of the boys are probably dead. I hope he sees the film.

I met him for a different film I never got around Broken Dream I never made it and I got to know him so when that film didn’t work out I got him into this one. It was a leap into the dark to cast an American to play a young English soldier. 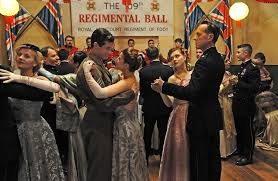 They are interesting. One is a neurotic aristocrat and the other is a fun loving life affirming girl. And the girl who played my sister and Sinead Cusack who played my mother, they were marvellous.

Why so long since your last film?

I was involved in writing and directing radio plays and then I was writing scripts and worked on a couple of films that didn’t come off including a project about the Hadrian Emperor for a couple of years but that didn’t work out and so time just slips away. 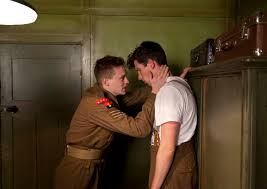 Will you make another film?

Queen and Country was to be my last film. The last shot of a camera stopping was my metaphor for saying it’s over. But since then I have found a script I have always wanted to do.