Along with great presentation and sound of all the Halloween films, fans of the franchise will love the incredible bonus features accompanying each of the films. While some of the bonus material has appeared in other releases, there is a wealth of new features to help make the set worth the purchase price – including new audio commentaries, “making of” looks, and interviews. Simply put, this is the set to own if you are a fan of the Halloween series or the genre of horror it helped shape. Not all the films are as good as the original, but they all manage to keep you on the edge of your seat as Michael stalks his prey. 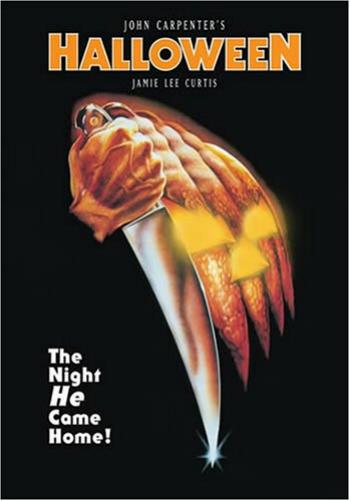 1978’s John Carpenter’s Halloween helped reimagine the horror genre and gave audiences a reason to fear a guy walking around in a William Shatner mask. Featuring Jamie Lee Curtis, in the role that would cement her Scream Queen status forever, the film is loaded with atmosphere and terror as Carpenter and company slowly plays out the story of Michael Myers – who butchered his sister with a kitchen knife and was committed to a mental institution. Treated for 15 years by Dr. Loomis (Donald Pleasance), Michael escapes from the institute and heads back to his hometown of Haddonfield, Illinois on Halloween night to terrorize babysitter Laurie Strode (Curtis). 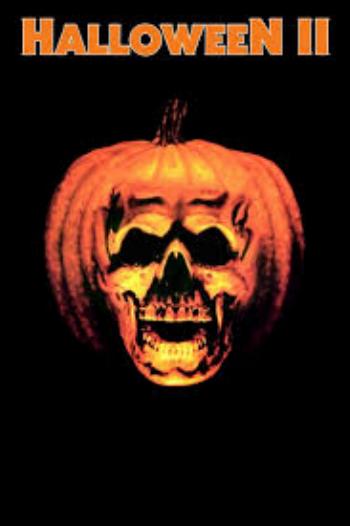 1981’s Halloween II manages to keep the franchise thrills intact by starting minutes after the first film finished and matching much of the atmosphere provided in Carpenter’s original film. The sequel sees Myers didn’t quite die in the first film and is still on the hunt – this time roaming the halls of Haddonfield Memorial Hospital. Dr. Loomis again faces off against the evil that is behind the mask. While not as good as the original, the sequel is the best of the films that followed Carpenter’s first tale. 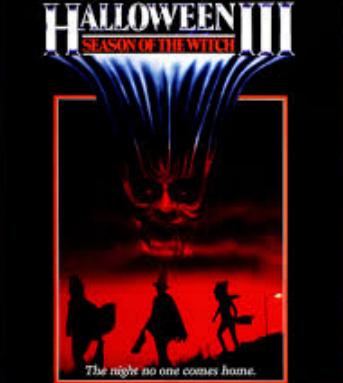 1982’s Halloween III: Season of the Witch sees the franchise move in a totally different direction for a tale that manages to work even if it isn’t what fans of the franchise were wanting. Moving away from Myers, the third film’s plot follows toy maker Silver Shamrock Novelties and its founder Conal Cochran (Dan O’Herlihy) unleashing a plan to brainwash children everywhere. It is up to Dr. Daniel Challis (Tom Atkins) and Ellie (Stacey Nelkin) to save the day.

The idea for the third film was to see the franchise branch out and start finding new terrors each Halloween to bring to the screen. The film isn’t as bad as its legacy, and manages to keep you interested in the plot. Had it been a success, it would have been interesting to see where the franchise would have headed next. 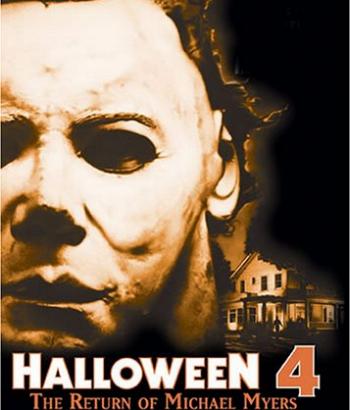 1988’s Halloween 4: The Return of Michael Myers has the franchise correct the mistakes of Season of the Witch by bringing Myers back a decade after his butchering of 16 people. This time Michael is after his niece Jamie Lloyd (Danielle Harris) and her babysitter Rachel (Ellie Cornell). Luckily, Dr. Loomis returns to stop Michael again.

The Return of Michael Myers righted the franchise and gave fans what they wanted as Michael hacks and slashes his way through Haddonfield. It also featured some solid twists that lived up to the thrills of the first film. 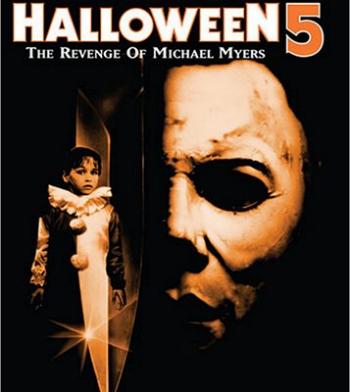 1989’s Halloween 5: The Revenge of Michael Myers finds Michael once again showing how hard he is to kill as he returns a year after the events of the last film and now has a telepathic bond with his niece Jamie (Danielle Harris). With Michael on his way back to Haddonfield, Dr. Loomis designs a plan to put an end to Michael by using Jamie as bait to lure the silent killer to his childhood home. 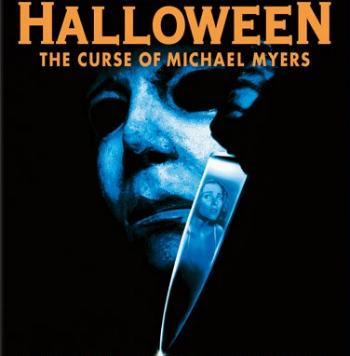 1995’s Halloween: The Curse of Michael Myers sees the franchise boogey man return again six years after Dr. Loomis thought he was finally dead. This time there is no escape and Michael is happy to hack and slash anyone who gets in his way. The film also reveals new secrets about the famous killer.

The franchise is starting to show some signs of staleness, but is still worth watching. The movie has some wild twist – some work and some do not. It is also the last time we get to see the legendary Donald Pleasence in the role he defined. 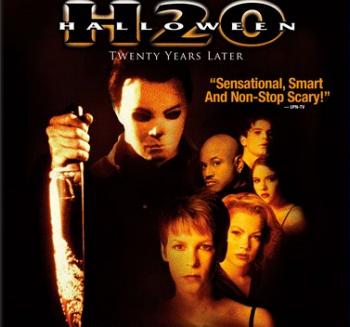 1998’s Halloween H20: 20 Years Later benefits from Scream Queen Jamie Lee Curtis return to the franchise and a fresh start to its storyline. Now the heavily medicated headmistress of a private school, Laurie Strode (Curtis) lives a quiet life and is extremely over-protective of her son (Josh Hartnett). Hiding away with his girlfriend (Michelle Williams) and their friends, a fun weekend becomes a night of terror as Michael shows up to stalk the teenagers and face-off against Laurie once and for all.

While it has some faults, Halloween H20 corrected a lot of the problems of the franchise and manages to be entertaining from start to finish. The lack of Loomis is noticeable, but the talented cast keeps you hooked on the characters. It is also great to see Curtis back in the genre she helped create, but packing a different attitude from the scared girl we met back in 1978. 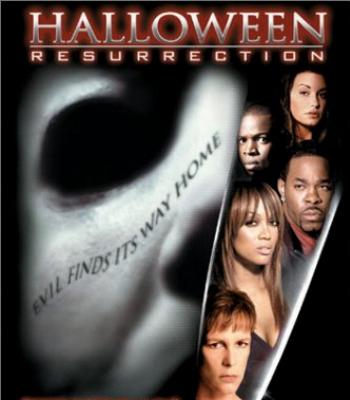 2002’s Halloween: Resurrection lets Michael enter the age of reality programing as he takes on a group of teenagers who are filming themselves spending the night in Michael’s childhood home. The film has a few good moments, but is a far cry from the greatness of other franchise entries. Even with Curtis returning, it seems to lack some of the magic. 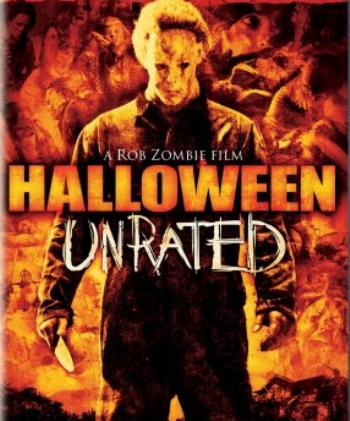 2007’s Rob Zombie’s Halloween sees the franchise get rebooted in a brutal origin tale that sheds more light on Michael’s early days before moving into the classic story of Michael’s escape and rampage through Haddonfield. The film manages to capture some of the shocks and scares of Carpenter’s original while maintaining the visual style of Zombie (which some like and others hate).

It may not live up to the original film, but Zombie doesn’t shy away from the violence and evil that made Michael Myers the ultimate boogie man.

The Deluxe Edition of the Halloween set features:
“Michael Lives: The Making of Halloween (4 ½ hours) 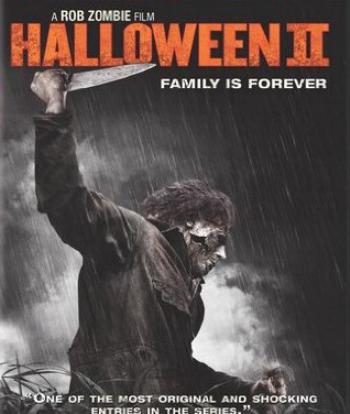 2009’s Rob Zombie’s Halloween 2 finds the director continuing to put his own spin on the Halloween franchise for a sequel to his origin tale that is far from great and at times laughable. Like the first sequel to Carpenter’s original film, Zombie’s Halloween 2 picks up moments after the end of his first film as Myers (looking like a homeless man in a hoodie) returns to kill yet again.

Everything that worked in Zombie’s first film seems to fail in its follow-up, and leaves you wishing it would just end. Zombie again manages to get the violence and evil of Michael right, but the film seems disconnected from the rest of the franchise and even Zombie’s first outing.

Fans of the Halloween franchise will find plenty to love with the Halloween: The Complete Collection and diehard Myers fans will want to pick up the Deluxe Edition of the set. While the sequels never quite live up to the greatness of the Carpenter’s first film, Michael Myers is a horror icon and the franchise is a perfect way to kill a few hours on that spooky night of the year.