Canadian filmmaker Mark Raso bets on his audience in his terrific feature Copenhagen.

It’s about an American called William (Game of Thrones Gethin Anthony) pretending to be Canadian while touring Europe.

He tends to get into trouble a lot so he believes it adds another layer of fake “nice”.  He is one of the most obnoxious male leads in films in a long while, a naturally abrasive, selfish and narcissistic spoiled child, who at 30, can’t reign himself in.

When he meets Effy (Frederikke Dahl Hansen) someone he actually cares for, he faces a whole new set of problems. Raso’s double dare of a film is challenging to be sure but it’s also a beautifully made psychological study.

We spoke with Raso in Toronto: 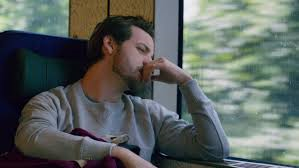 Copenhagen is all about William’s brinksmanship.  How far can he go with people before we, the viewers, give up on him?

He’s a combination of people I know and mostly it was in the writing process I knew where he wanted to end up.  It was a matter of creating a journey worth watching.

In the first draft he was a very nice, sweet person, but didn’t work. I pushed him until he became boorish.  I was always delicate. I wanted to push it as far as we could go without losing people.

It’s a fine line and I was very conscious of it the whole time.  I have to give credit to the actor and we booth trusted the process that he’s going to get there in the end.

We need to make him unflinching and Gethin does a great job of NOT creating sympathy for him early. It was our choice, both of us. 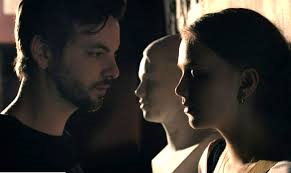 You don’t often see leads as unlikable in the movies.  He’s a risk.

In reality we see it more often. The important element is once we understand why he is the way he is, we can better sympathise with him and that was a challenge, and keeping people on board.  A lot of it happened in editing process.

I would script pretty much to the script but I would have test screenings for a handful of people and I’d see by the comments if he rubbed them the wrong way.

We tested and tested and people’s overall enjoyment suffered when he wasn’t awful at the beginning, so we put it back in.  Without him being the way he is, it wouldn’t work.

It was very thought out. In the movie he discusses how his father left him when he was fourteen, so his emotional growth was stunted at the age of 14. It was reflected in his attraction to someone that age.

We show her as being much more mature in an interesting role reversal. 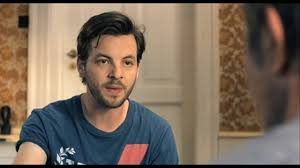 You have a good understanding of human nature.

I’m very conscious of the things I do as a person, and decisions I make and where they come from, especially when they don’t feel authentic.

I fight myself and question why I did that, or that.  That’s upbringing, that’s what I discovered and what I brought into the script.

I’ve always been observational and wonder why people act and do the things they do. Oftentimes I find that when you’re angry at someone or they are, it doesn’t have to do with the relationship, but what their day was like or the day before that.

So much affects our behaviour. 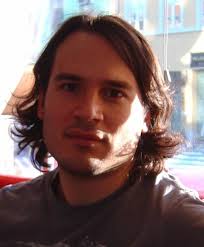 The film’s getting raves in film festivals around the world.

I am really gratified by reviews, much more than I ever expected when we set out to make this film. Its true indie film so I didn’t know if anyone would get to see it, so I am really, really grateful.