The long awaited feature film starring Gal Gadot as Wonder Woman opens this weekend and if you’ve cared at all about this character in the past, present, or future, you will rush out and see this film. Why? Because it’s everything you hoped for.

It only takes the first scene to know that this is a different approach than the films set within the same universe (Man of Steel, Batman v Superman and Suicide Squad).

It’s bright, it’s clean and there’s warmth in the palette as well as the sun shining on a tropical island but don’t mistake that for the messages that those earlier (and lesser) films suggest.

There’s just as much toughness and grit but with much more finesse. It opens on the long lost island of Themyscira and tells the tale of its existence, and its citizens, the Amazons – a matriarchal society gifted by Greek God Zeus to be brave and honorable guardians of man.

But after a great battle with Ares, the God of War, they’ve chosen to turn their backs on man because of how easily they can be corrupted.

The Amazons’ leader, Hippolyta (Connie Nielsen) has withheld her people from intervening into man’s world and even kept her daughter, Diana (Gadot) from knowing her true potential and thus kept her from learning the way of the warrior.

But Hippolyta’s sister and Themyscira’s greatest warrior Antiope (Robin Wright) secretly trains Diana to take her mantle and when she is finally ready, a man breaches the barrier between Themyscira and the outside world when he crashes his World War I plane on the beach shore.

British spy Steve Trevor (Chris Pine) has stolen plans for the Nazi’s next deadly weapon for the front lines of World War I. Behind him is a search party led by General Ludendorff (Danny Huston) and suddenly, Themyscira is invaded by man

When Themyscira comes under attack, its defenders rush out in horses and are capable of cutting a man down with a single strike of a sword or can fire off three arrows with one pull of a bow with deadly accuracy. It’s a scene that’s empowering as it is thrilling and the Amazons fight uniquely in a style and grace of their own.

This attack forces Hippolyta to make a decision on Trevor, but her daughter has made her’s.

Going against her mother’s guidance, Diana suspects Ares is behind the War to End All Wars and does what her mother and sisters will not, defend the human race and take down Ludendorff, along with his biological chemist, Dr. Maru AKA Dr. Poison (Elena Anaya) that is creating this weapon.

From there Wonder Woman only builds on everything that director Patty Jenkins and writer Allan Heinberg did right, like give us a hero that wants to be a hero, who is pained by the sight of the suffering, who is willing to do the right thing and think about themselves last.

We are given a Wonder Woman that instills hope despite all that is laid out in front of her to think otherwise.

Gadot communicates this with her performance, and that alone can inspire others to stand shoulder to shoulder with her. Literally and figuratively, they nailed the spirit and character of Wonder Woman.

Diana is the living argument to how women were treated by most of the world, kept out of the front lines of wars and important places where decisions are made to impact others.

She is the light in a dim and grim world, set by the atrocities of man and she risks her own life and limbs so that soldiers can save what few of theirs remain. Gadot does this in graceful way, yet fiery fashion; let me repeat, Wonder Woman is definitely not milquetoast superhero.

She revels in the duty and risk and she thrives in the moment. The evil that Wonder Woman faces is great, especially Elena Ayana’s Dr. Maru, but everytime she leaps into action and unleashes her brute strength, her Golden Lasso, or shields off bullets and grenades, it’s nothing short of an awesome comic book moment brought to life.

Trevor and Diana’s mission is not a popular one, as the British are sold on the idea to end the war with armistice rather than shutting down the direct source and supplies of Germany’s deadly machinations.

Trevor calls on friends, like his secretary Etta Candy (Lucy Davis), lowlife Sameer (Said Taghmaoui), hard-drinking sniper Charlie (Ewan Bremmer), and Native-American The Chief (Eugene Brave Rock) a man who finds himself in the middle of a war with no home to go to.

It’s difficult to see the level of valor when she once stood beside Antiope and someday, the Justice League, but with each, she learns something to appreciate about man and woman.

She doesn’t just observe and judge, she takes time to get to know those who stand beside her, even if their motivations are impure. It is with these characters and their flaws that we can project ourselves onto the big screen and imagine fighting beside Diana of Themyscira, because she fights for all.

If these people are willing to fight, Diana has something to believe in, because she so badly wants man to be worthy of her help and in the middle of World War I, that’s tough to see but these supporting characters manage to do it. And the way our own world is turning, we could all use Wonder Women in bulk.

But Wonder Woman is not without its faults. It cannot escape the very clunky third act that plagues ALL superhero movies, as the story pinnacles to predictable showdown.

The trouble with portraying beings this powerful is constructing a creative battle that doesn’t resemble an animated cartoon. While the first two acts move swift and are well-paced, sprinkled with some terrific levity, Wonder Woman’s final act should be rolling downhill, but is instead slowed by too many emotional pauses that subsequently need to pick up the momentum from its last peak, which creates unevenness.

I expected that Steve Trevor would be our window into the world of Themyscira and the Amazons, most certainly in the beginning but at some point I expected a shifting transfer of ownership towards Diana, but it takes nearly two-thirds into the film when you finally feel like Wonder Woman is in complete charge of her own story.

Lastly, I would have also preferred Nazis to speak German, just so we don’t have to hear Chris Pine show us how much of a fan he is of Hogan’s Heroes.

These nitpicks add up, and some are negligible while others are growing criticisms in the genre as a whole, especially the missteps in the third act. It almost reeks of the studio meddling with Jenkins’ plans because it just doesn’t match the first two-thirds of the film.

Thankfully, it’s not enough to derail the overall achievement of the film, but a note to Warner Bros., some smoother editing could be the difference between a very good film and one of the greats. 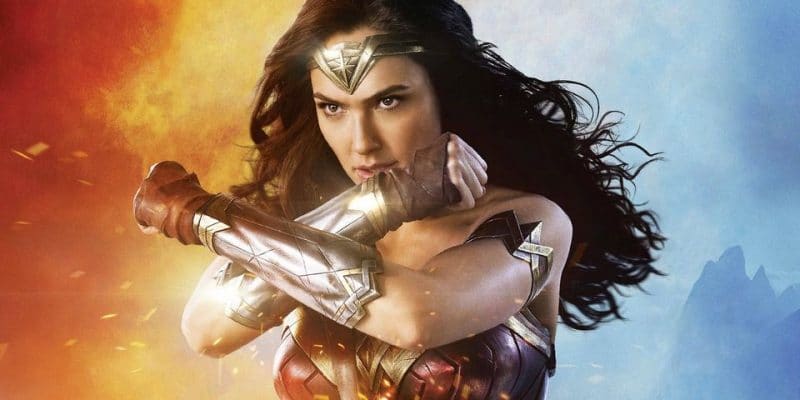 Overall, the movie will remind many of Captain America: The First Avenger, both in its structure and execution, but the Themyscira portion of the film stands out and helps push the film better than what it is, and what it will do for viewers in subsequent viewings, because, well, it’s Wonder Woman, and will take a life of its own.

In the comics, writers and artists hired to tell memorable Wonder Woman stories, have done so, more in the last five to ten years as compared to much of the 76 years of history.

Thankfully, creator William Moulton Marston was acknowledged in the credits, as were many of pivotal creators of some of the best runs of the comic. But many superb women who worked on the character like Gail Simone, Trina Robbins, Jill Thompson and Renae De Liz to name just a few, were noticeably missing.

At a time when massive comic conventions are attended by more women than men, Wonder Woman needed to work.

Because if this one failed to connect with the masses, then, no one would care about what came afterwards. And while they still need to figure out how to fix Superman, they couldn’t afford to miss on their first try at Wonder Woman, especially with a margin so slim already.

Wonder Woman is the very first tentpole blockbuster by one of the big studios featuring a super heroine in the modern era.

Diana is one of DC Comics’ sacred Trinity characters (Superman and Batman being the others) and one of the lonely bright spots of Batman v Superman.

This is about introducing, re-defining and elevating Wonder Woman to many, whose last major pop culture impression of her was the 1975-1979 TV show starring Lynda Carter.

It should inspire all but most importantly women and girls, especially when hurdles are built to discourage. Fair or unfair, that’s why Warner Bros. needed to get Wonder Woman right.

Ultimately, that meant viewers would get a DCEU movie that they would want to see more than once. Did Team Wonder Woman succeed? You betcha.