Rose Byrne has played mothers in comedies and horror films, from Neighbors and Adult Beginners to the Insidious films. In Instant Family, she plays a foster mom jumping in the deep end with three kids.

Ellie (Byrne) and Pete (Mark Wahlberg) decide to adopt a foster child, but they hit it off with a teenager, Lizzie (Isabela Moner) who already has two siblings (Gustavo Quiroz and Julianna Gamiz). They take on all three and try to make their Instant Family work.

Byrne spoke with Monsters and Critics by phone out of New York. Instant Family is based on writer/director Sean Anders’ real life experience fostering and adopting. It opens Friday, November 16 and you can read our review of the film here.

Monsters and Critics: This might seem like a stretch but hear me out. This character reminded me of your character in Neighbors because both are mothers who aren’t trying to be June Cleaver. They admit when they’re stressed and insecure and that’s a lot more relatable and realistic. Did you feel any connection between those roles?

Rose Byrne: I guess they both have a sort of impulsive quality to them but I think Kelly is much more irresponsible than Ellie. Kelly and Mac [in Neighbors] are like teenagers.

They’re so irresponsible and that’s the point, the humor in it. Ellie’s not that. I think she’s far more together than they were.

M&C: Is it refreshing that a mother in a movie doesn’t have to be the perfect June Cleaver?

RB: Oh yes, of course. It’s much more interesting to see the flaws and to see the mistakes. It’s more relatable, I think as a parent, to see that.

Not that there’s not a fascination for the June Cleaver or whatever, but it’s definitely more relatable and I think you have more empathy for the character.

M&C: Also, in Neighbors you had newborns. Did having older children in a movie bring out a new dynamic?

RB: Particularly the relationship with Ellie and Lizzie really reminded me of myself being a teenage girl and how I was totally a pain in the butt for many years as a teenager. How I spoke to my mom, my parents, my siblings and all those sorts of things, that was a great comment on that I thought.

M&C: Did you meet Sean’s wife and are there any similarities between her and Ellie?

RB: Beth was awesome. We met quite early on and she was really helpful with the process, just asking her so many questions about, “And what was this like and what was this?” She was a really candid, lovely woman and kind of shy. She’s a more retiring sort of person and shy.

She’s really very cool It’s funny, I think weirdly Ellie is more similar to Sean because Sean has a real fiery, impulsive streak I think. That’s more like Ellie in a way.

M&C: You had a baby before this movie. Were you able to add any stories about motherhood that fit Instant Family?

RB: There’s that universal language that once you have kids you really have that common ground with people which is really refreshing. I’ve really enjoyed that.

That’s one of my favorite things about having become a parent. You just kind of easily relate to everybody as perhaps you would have not before. That was the same on set so there were absolutely things I would have brought or shared from my experience.

It’s really such a unique thing to see on screen. I’ve never seen a film like this before told in this way. It was very exciting to be part of something Sean is so passionate about and compassionate about.

M&C: Was it important that Instant Family doesn’t have an ending where everything’s all right? It’s always going to be difficult and evolving.

RB: Yeah, for me totally. It’s much more interesting to see something that’s ever changing and learning and challenging for sure, totally.

M&C: Did it seem like domestic life, just having dinners and bedtimes, was much harder than having a crisis like going to the hospital? With the crisis, they all had something to focus on.

RB: But just dinner is really hard. Yeah, that’s so true. It’s really true. Dinner’s like chaos. Whereas when something happens that’s really dramatic, everyone goes into survival mode and gets incredibly focused.

M&C: The movie shows how hard it is for parents and it really is, but is it always harder for the kids?

RB: Of course. They’re vulnerable, the most vulnerable. It’s always much harder. It’s interesting the sort of honeymoon period a lot of parents talk about, and which is in the film, how that’s so true.

That’s a honeymoon period where everyone’s trying really hard and then the truth comes and the bottom falls out of the whole thing and you’re like, “Whoa, I’m in deep.”

M&C: Did it feel good to say the one F word in Instant Family since it’s PG-13?

RB: [Laughs] Always, totally, if I can say something as crass as that. I completely forgot that I was bequeathed that honor.

M&C: Did you get to go to any foster meetings or sessions for research?

RB: We had an incredible consultant, Allison Maxon, a social worker who does incredible work with the foster community for many years. She was brilliant. I spent a lot of time with Alison and she introduced me to foster parents.

I got to have the great experience getting to know them. We had a couple really good dinners and they were incredible. They shared stories of all their different experiences and it was so many.

Some had biological kids and fosters. Some had just fosters. Some had foster kids who were transitioning back to their parents. Many different examples of what a family can look like and they were great. The main thing was how much they would laugh.

There was so much laughing about the madness of being a parent and the system and what is required of you to foster, the attachment you get with the kids and if they go back to their biological [parents]. It was fascinating and lovely.

M&C: Have you been looking for roles that were more family oriented?

RB: No, I wasn’t. I kind of enjoy not knowing what to do next or what’s going to happen. It’s the best part and the worst part of the job, so not at all. I was kind of in a bit of a fog because I’d just had a kid.

You’re pretty vulnerable after you’ve gone through that so I had that about me but things come your way, things don’t and I feel very blessed that this came my way.

M&C: Did you do a science fiction movie that’s coming out?

RB: Yeah, there’s a great film coming out of Australia I did the voice of a robot for. Hilary Swank is the lead and this really great filmmaker out of Perth called Grant Sputore. It’s his directorial debut. I voiced this character over the summer. It was really fun.

M&C: So it’s a voice, you’re not playing the robot?

M&C: Does the robot sound like you or are you doing a voice in I Am Mother

M&C: And then are you doing a comedy with Tiffany Haddish?

RB: Yes, yes, we started rehearsals and we start shooting actually tomorrow. It is a female friendship comedy. We own a fledgling business in Atlanta and it’s about us getting a mentor and the strain it puts on our friendship.

It’s very funny and Tiffany is just magical. I’m such a fan. She’s just blown me away with all the work. Hopefully it’ll be funny. 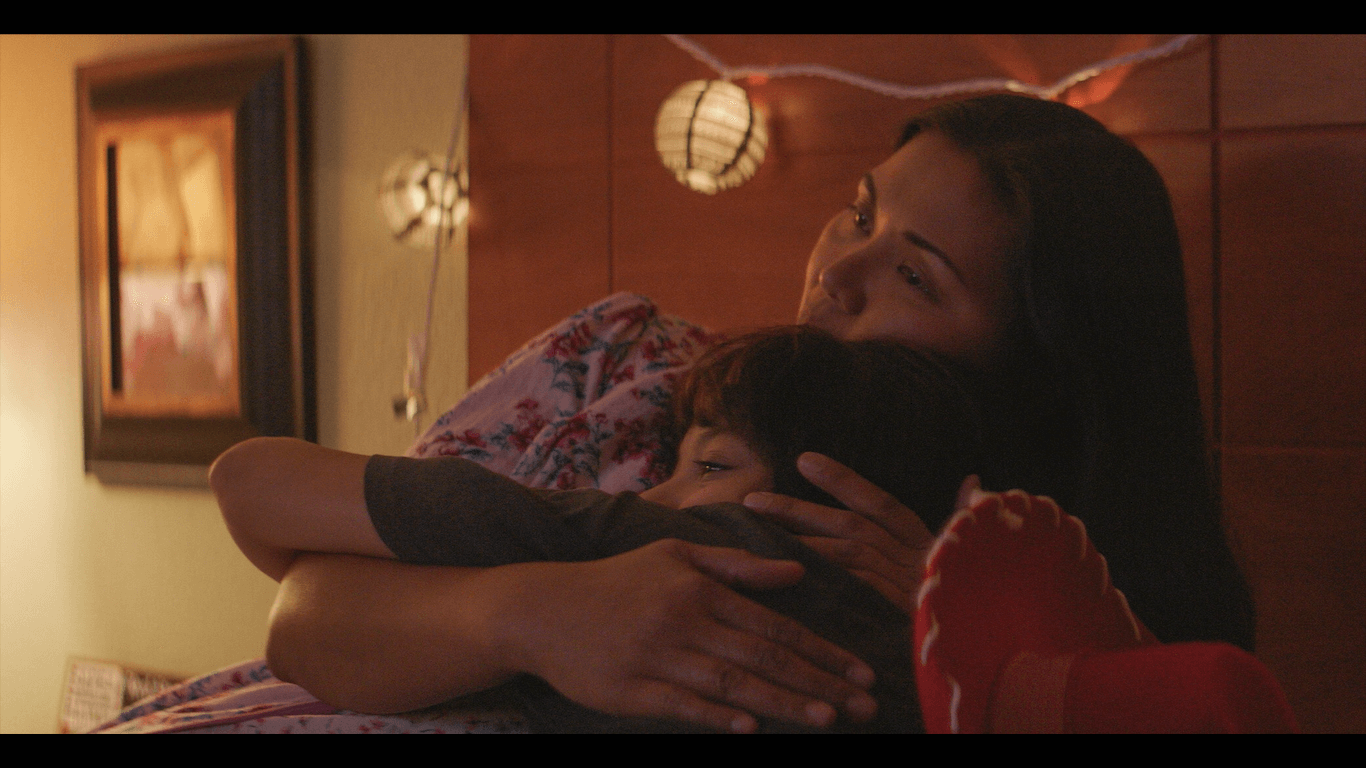