Lauren Collins’ is a familiar face worldwide thanks to her work on Degrassi in many of its incarnations, The Best Years, Life with Derek and countless other TV shows and films.

She’s a highly regarded actress who literally grew up in front of your eyes.  These days Collins is flexing new muscles, co-writing and co-producing films while continuing to act.

Her first short with partner Ben Lewis, called Zero Recognition is done and headed to TIFF.

It’s a clever tongue-in-cheek looks at a onetime child star who has a difficult relationship with her fame. But to start at the beginning, we asked Collins about her new role behind the scenes.

I am over the moon and pretty overwhelmed. I’ve been compiling schedules and trying to do it all. I used to be the actor and other people do that for you!  It’s my first time.  The real work starts.

So from child star to filmmaker, you now have three titles, actor, producer and co-writer.

I have a 50/50 partnership with Ben who shares the work and appears in the film.  We’ve been friends for a long time and we wanted to do something together.

He’s an actor originally as well and both of us have been a part of other shorts where we saw people our age taking on more responsibility and putting hands into different pots.   We thought we could do that too! Why not?

Why is it important for an actor to consider producing?

Getting work as an actor is hard.  The biggest stars on the planet create their own work because they don’t always get the roles.

I know acting is still my first passion and what I feel I’m most suited to do but trying out these other things opened that door- I’m happy.  Had it not been for the experience I’ve had onset and I’ve been lucky enough to have it, it would be more daunting.

That gave me the idea. Growing up on a set, for me the experience was incredible.  I’m lucky I was able to do it here in Toronto.  You don’t hear many cases of Canadian child actors losing their minds or falling off the earth.

That’s more typical in Hollywood and I’m thankful for that. I was incredibly lucky and started young and work came. 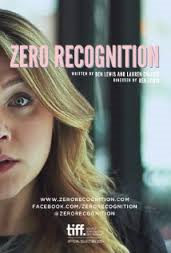 There are clearly positive and negative aspects to stardom and you would know. Zero Recognition takes a light hearted approach when a former child star – you – goes to meet an online date who doesn’t know “the big TV star”.

100% it taught me to be lighthearted while I was working on that.  I was very clear that this was a satire.  I don’t see myself that way, that’s where people get into trouble.

These cases of Lindsay Lohans of the world take themselves too seriously.  Any kind of fame that I’ve experience is fleeting and you don’t know how long it will last. You have to enjoy it while you’re in it.

Also the people around me keep my feet on the ground.  I have to look at fame as fleeting the last couple of years Degrassi was incredible.

I’m lucky and I’m well aware of that for doing it for two decades. Really I don’t remember life before being onset.  All my formative years were onset.

You character in Zero Recognition is basically you, a former child star, albeit with a different name, with the same pre-existing fame.  How was it playing “you”?

That was a conscious choice so people grasp that it’s heightened version of me.  It is based on me.  It’s not a real life situation but it’s inspired by things that have happened to me. 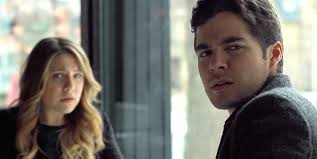 What is the most unusual thing that has happened to you in terms of being famous?

There have been a lot of weird things, the people who really feel they know you because you were on Degrassi for so long.  It had such a realistic tone not like Gossip Girls or The OC which was unattainable.

That still happens to people who connected with you.  Or they can’t place you. I’ve been in other countries like France and Israel and people come up to me and speak to me in their language because they know me somehow.

Is television still important to you now that you’re a filmmaker?

TV is certainly is my background and where I see my career blossoming the most.  Based on the landscape right now, I’m happy to see the change.

In terms of films, the dynamics are so all over the place and that’s why so many brilliant actors are moving to television because it’s the opposite there.

I would love to continue making movies and my own movies and produce them, starting small and making my own things.  I am realistic to a fault.

I think sometimes I have some jaded-ness but having spent so much time onsets and with a deep understanding of the industry, I wanted to take charge.

Are you excited to show Zero Recognition at TIFF?

We are!  Ben and I are excited with our partnership.  He’s so incredibly talented and his fingerprints are all over this project.  We have another short we’re not in.

Ben’s directing and I will produce it in the next couple of month. We have a feature script we’re working on and hope to make connections at TIFF.