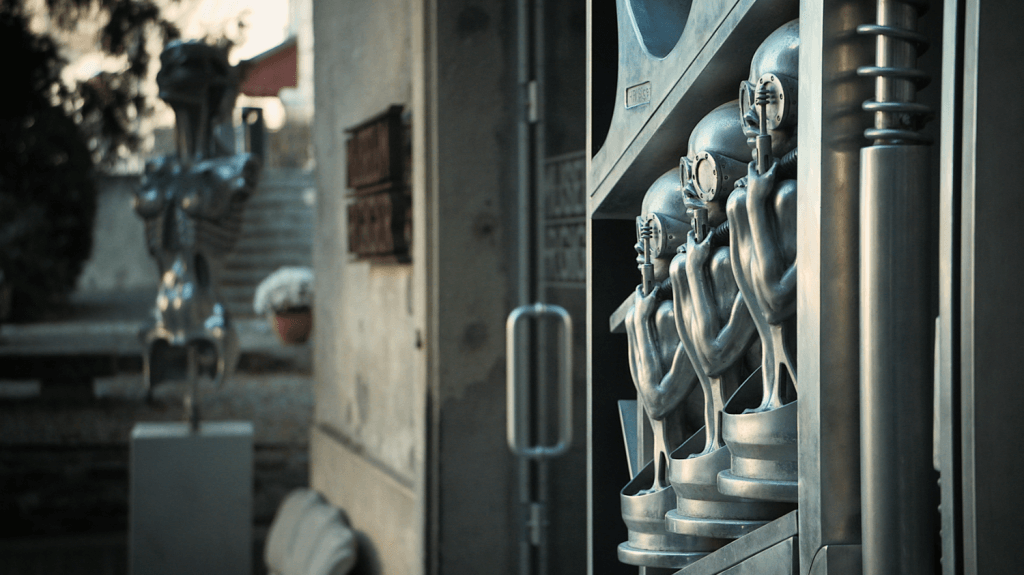 H.R. Giger was a Swiss artist who bore no resemblance to most Swiss.

He was a provocateur, creating artwork unlike anything else – metallic, filled with imagery of female genitalia giving birth and skeletal but alive – put him on the map.

Giger won a Special Effects Academy Award for his work on Alien and worked on all but one Alien sequels including Aliens vs. Predator, creating creatures and thematic art.

Documentarian Belinda Sallin looks at the man and his legacy in Dark Star: The World of H.R. Giger and the strange event that set him on this path. We spoke by phone from Zurich.

Monsters and Critics: This is a man beset with anxieties and fears. Did his artwork sweep those feelings away? Did you get the feeling he was a contented person?

Belinda Sallin: Absolutely yes. Exactly like that you see it in the film such a nice person I loved him a lot and he could express all his fears and anxieties all through his art so he could stray. We should all start doing art! 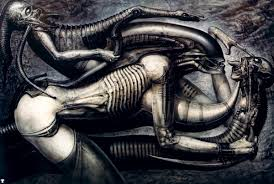 Monsters and Critics: His psychiatrist Stanislav Grof says Giger remembers being born as a terrifying, near death experience. Do you accept that?

Belinda Sallin:Yes I accept it because Giger agreed with what Stan Grof said. I’m very careful with all this psychological meanings and figuring out what he is psychically.

This is one thing he accepted; he said “My birth was a difficult thing”. He talked about his mother. You see it in his art.

Monsters and Critics: Grof says Giger feared women as demonic but he was surrounded by adoring ex-lovers and ex-wives. Did you find that odd?

Belinda Sallin: No not at all. On the contrary I could understand because he was like. He was a very nice person friendly charming man, and until the end he was considerate person, you can tell by his manners.

I don’t think he thought women were demonic but it can be demonic when a woman gives birth. To him it was demonic and mysterious and dangerous this experience of birth. It was life threatening. 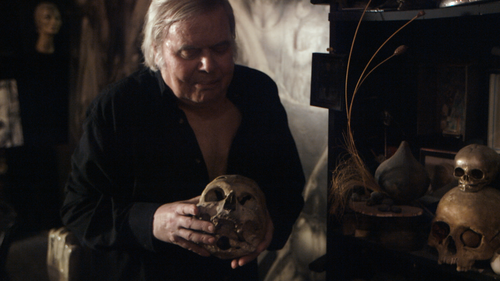 Monsters and Critics: He tells a gruesome story about being given a skull as a boy and taking it around town tied to a string. Does he see that as strange?

Belinda Sallin: Not at all, it was natural. His father was a pharmacist and he was given it from a pharmacy and he didn’t know what to do with it. So Hansruedi took it and drags through streets of hometown, I like this image.

At the age of six children are hugging their teddy bears. It had a huge influence on him and it was the first time he tried to handle his fear. It was huge. It was performance if you like.

I was glad he chose not to withdraw from the film but make a final performance. I appreciate it a lot. Some people with health issues who are week wouldn’t do that, it was courageous and great that he did that. That last performance. 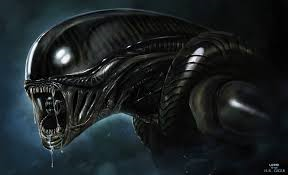 Monsters and Critics: His Oscar for Special Effects for Alien is placed in some unusual settings in the film. Would you say he had a sense of humour?

Belinda Sallin:  Absolutely. He was a funny man. We laughed a lot and he had a great sense of humour. He was ironic and he took his work very seriously. Not himself. It was very pleasant working with him, we laughed a lot.

Giger died while the film was being assembled, that must have been tough.

I was shocked when I got the message of his death, I was really sad. I liked him a lot and his entourage and am still in very regular contact with Carmen.

I was calm at this moment; we finished shooting and did photos for film promotion five days before he died.

It was difficult for us to get back to us to get back into our work, in the middle of editing and all these pictures and footage and having seen H.R. Giger every day and now just in the computer. it took a long time to get back on it, but Carmen wanted to see it and that helped. 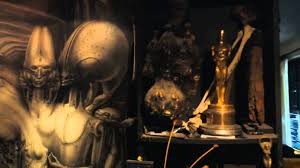 Monsters and Critics: Why did you choose Giger to film?

Belinda Sallin:  This I was a coincidence. The subject finds you, not the other way. I met him we started talking and I was impressed.

I saw his house and the richness of the art and the level he worked on. I liked his art and wanted to explore that. Probably more than that, I needed to. I was so honoured and privileged. 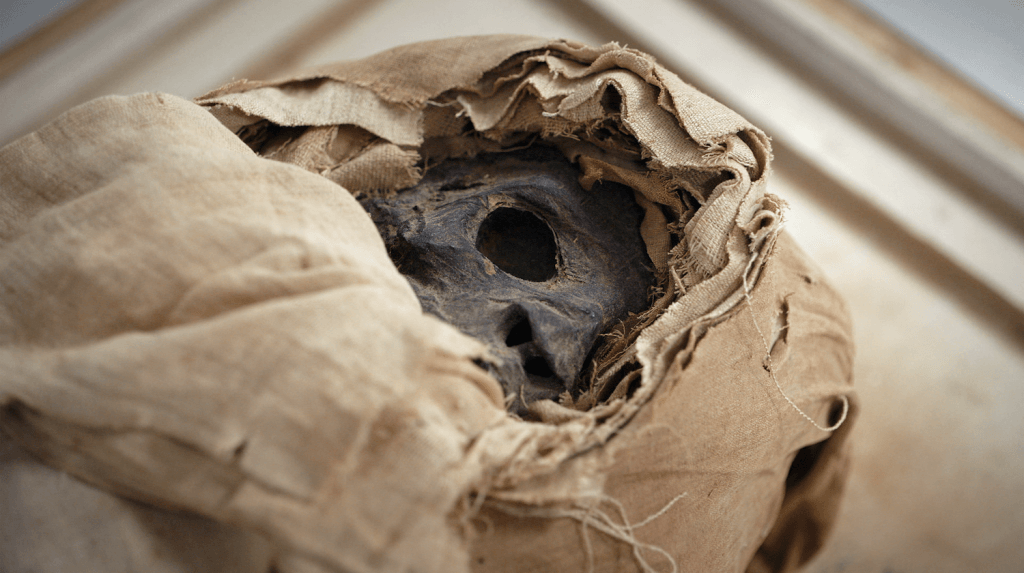 Monsters and Critics: Do you think he and his work are appreciated?

Belinda Sallin: He is very well known, in Switzerland everyone knows H.R. He’s very famous but that doesn’t mean he was accepted by the Swiss or the art institutions of Europe.

He didn’t get the acknowledgement he deserved because his work was too provocative for the reserved Swiss. I have the feeling people in the US understand his art better, and there are many fans everywhere.

But it was no longer a discussion for him the last two years of his life. He was no longer interested in the discussion. I didn’t detect any notes of bitterness, it was simply a fact. His composure came from the fact he didn’t need the establishment to enjoy worldwide success.

Dark Star: The World of H.R. Giger Opens May 15

Moniece Slaughter’s brother DJ Thomas: Everything you need to know