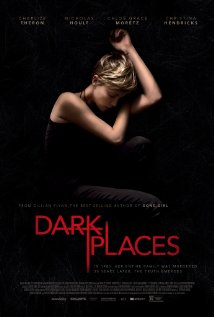 Charlize Theron plays Libby Day, a woman approaching middle age with a terrible secret. Twenty five years earlier her family was murdered in the night. As one of only two survivors of the killings, Libby was able to support the conviction of her devil-worshipping brother Ben (Corey Stoll). He went to prison shortly after the killings and has been there ever since. But there is more to the story than meets the eye. No-one is without their share of blame.

Christina Hendricks plays Libby’s mom Patty Day. Nothing has gone right in Patty’s life since her husband abandoned the family and the farm in Kansas. The mother her three daughters and her son are slowly starving to death and the farm will be taken from them soon. A stranger comes out of nowhere and offers Patty a way out, but the cost may be more than she can bear.

The stranger tells Patty that like her, he lost everything he owned because of the greed and corruption of banks and big business. Like her, he was left to face his starving family and watch them become pariahs in an America that has no place for those who make a couple wrong decisions or simply miss out on a couple breaks. This sets the stage for a yarn of mid-west devil worship, family fragmentation, redemption and murder.

The problem with the screenplay (by director Gilles Paquet-Brenner, based on the novel by Gillian Flynn) is that it does not weave a story of a clear theme. Part of the film is a tragedy in which the family and everybody around it are engulfed in wickedness, evil and despair without end. Part of the movie is Libby Day’s accepting herself and her brother Ben in spite of her trauma and, we assume, paving the way for their mutual recovery. Another part of the story is the small town ignorance and fear that some feel are typical of the rural mid-west. Yet another part is splatter flick horror story. 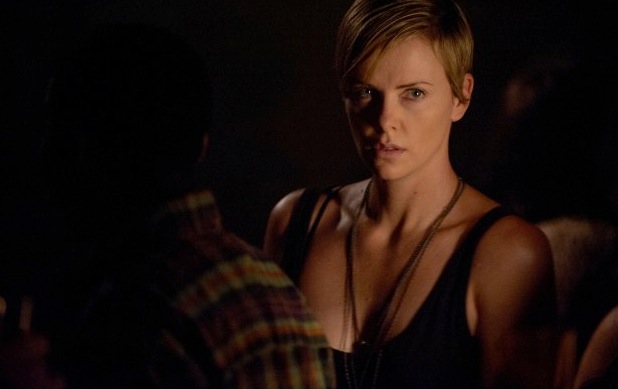 These themes are mixed together and told through a series of flashbacks that take more concentration than the average movie viewer is willing to expend. Theron’s and Hendricks’ performances are first rate, but they are the only parts of the film that are. When Libby returns to her home town to search for clues, her finding of her father a drunk living in a toxic waste dump is so absurd it is almost funny. In fact, there is an entire community of abandoned souls living in the “grasshopper poison” sodden pit. There must be better places for even the most destitute to camp. Even in Kansas.

Satisfactory bad-guy performances by Sean Bridgers as Libby’s father Runner Day and J. LaRose as Trey Teepano are spoiled by the characters’ overwrought and blunt-edged personas. Everybody in the movie is either too good or too bad.

This film brings to mind Theron’s Oscar winning performance as serial killer Aileen Wuornos in “Monster” but the screenplay and direction of this film stopped far short of Patty Jenkins’ masterpiece. Theron’s best lines are in the early parts of the movie where she shows thrilling traces of Hilary Swank’s genius in her Oscar winning performance of transgender Teena Brandon in “Boys Don’t Cry.” Unfortunately, this quality is not sustained for the rest of the film.

Big Ed needs to stop thinking about his own needs on 90...

Nicole and Azan are still not married on Season 4 of 90...

90 Day Fiance recap: Tania tells Syngin he is not her soulmate
Sign up for our Movie newsletter!