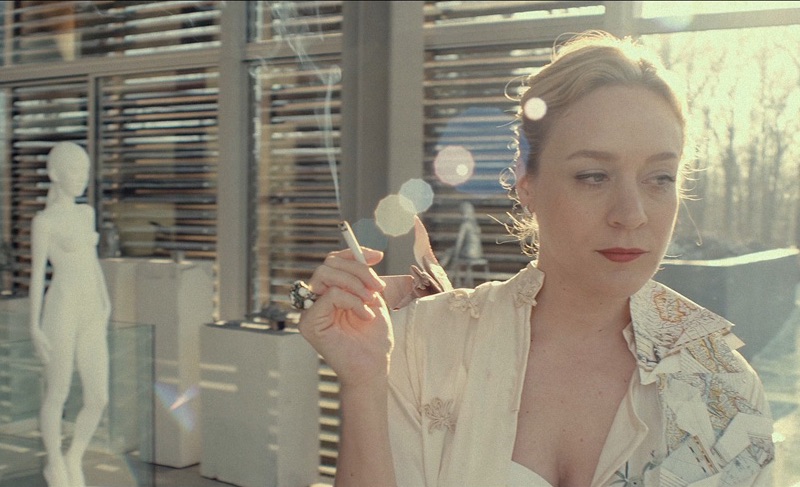 A group of upper-crust twelve-year-old girls gather at a friend’s house knowing her mother won’t bother to check up on them.

It’s all fun and games until a nasty social media bullying attack pushes them over the edge.

#Horror, starring Chloë Sevigny as the hands-off mom, was conceived and directed by her longtime friend, artist, actress, and producer Tara Subkoff.

Released this Friday, the film has a strong artistic esthetic, set in a glass house/gallery symbolising our frailty and obsession with appearances and taking place over the course of a long winter’s night.

We spoke with Sevigny and Subkoff about the film… 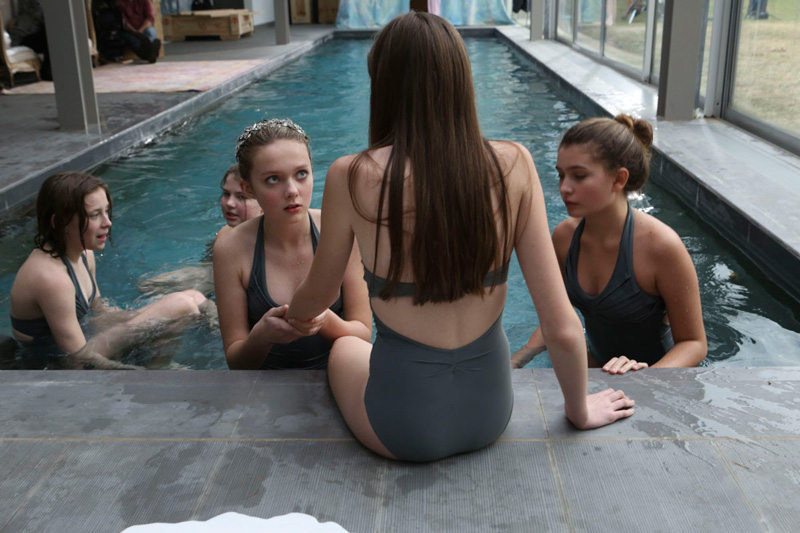 Monsters & Critics: Tara, films aren’t usually set in winter unless it’s part of the plot, so why did you choose to shoot #Horror in winter?

Tara Subkoff: I grew up in Connecticut and so did Chloë. I wanted to shoot in winter because I feel like it’s really one of the scariest, most claustrophobic times.

I think winter and the elements are scary. Being outside feels scary, the harshness of it, the starkness of it, and the isolation. And from what I remember, being that age and being bullied, girls were the meanest in the wintertime. I think it was boredom.

Chloë, you have said that you find that the internet gives some people freedom but you just find it terrifying.

Chloë Sevigny: It’s true. I think it’s because of being in the public eye and having to deal with the repercussions of bullying even as a 40-year-old woman.

I remember when the internet first started booming and my publicist called me and she was like, “The first rule to being a public person in the public, don’t read the comments”.

I feel like there’s anonymity there where people feel like they can go off and they’re protected by their anonymity and I think a lot of darkness comes out of that.

Certain online publications like Rookie for teenagers refuse to print anything negative. Whenever there’s a negative comment, they erase it. And I think that that’s a great thing that a lot of other people or platforms that are geared towards young people should try.

M&C: You play Alex, who’s in some ways a poor mother. She’s uncaring with her children and abusive to her assistant for starters. Did you find something to grab on to, a quality you liked?

CS: Whenever you play a character as despicable as she is, you have to find something in them that you love. I feel like I was sympathetic towards her, towards her aging, towards her husband having an affair.

There are different things that you can grasp on to make it a reality to see why she’s so selfish. She’s struggling with alcohol abuse and she’s just wrapped up in her own world and trying to kind of fix herself, and not necessarily doing a good job of a mother because she’s so self-obsessed.

Alex justifies the lack of presence of parents in the household and how parents can be more involved in their children. The absentee parent seems to be an epidemic.

As much as we want to put on Instagram that everything is great and seem perfect, we’re not. Alex is as perfect and beautiful as she looks, and she’s deeply unhappy and struggling. I think that struggle makes her loveable.

Art is a huge part of the film’s aesthetic. The artworks, the house itself, the style, the obvious wealth. Why?

And so in order to really capture that world, it was important. Art is very, very important to me. By using it as characters in the film, it also creates a feeling of danger. 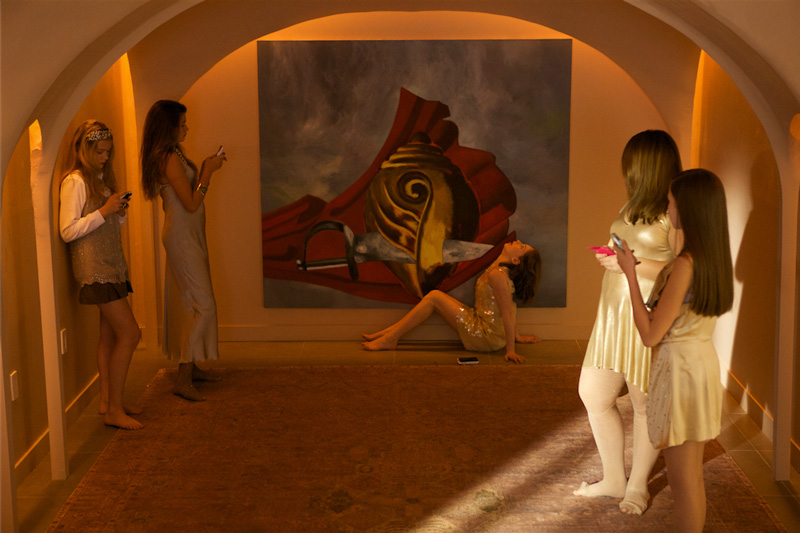 #Horror lives in the world of fear and danger. What scares you Chloë?

CS: I have been watching The Walking Dead as of late and the fear of the soul for me has been really overwhelming. I’m staying in Los Angeles, in a house in Venice working on American Horror Story and I’m just kind of like in a neighborhood that I’m not that comfortable in.

I’m having this terrifying fear of breaking and entering, like someone is hiding behind the door. That to me is like the most terrifying thing, someone pushing you in behind as you’re entering the house. I’ve had a couple nights where I’ve woken up terrified. 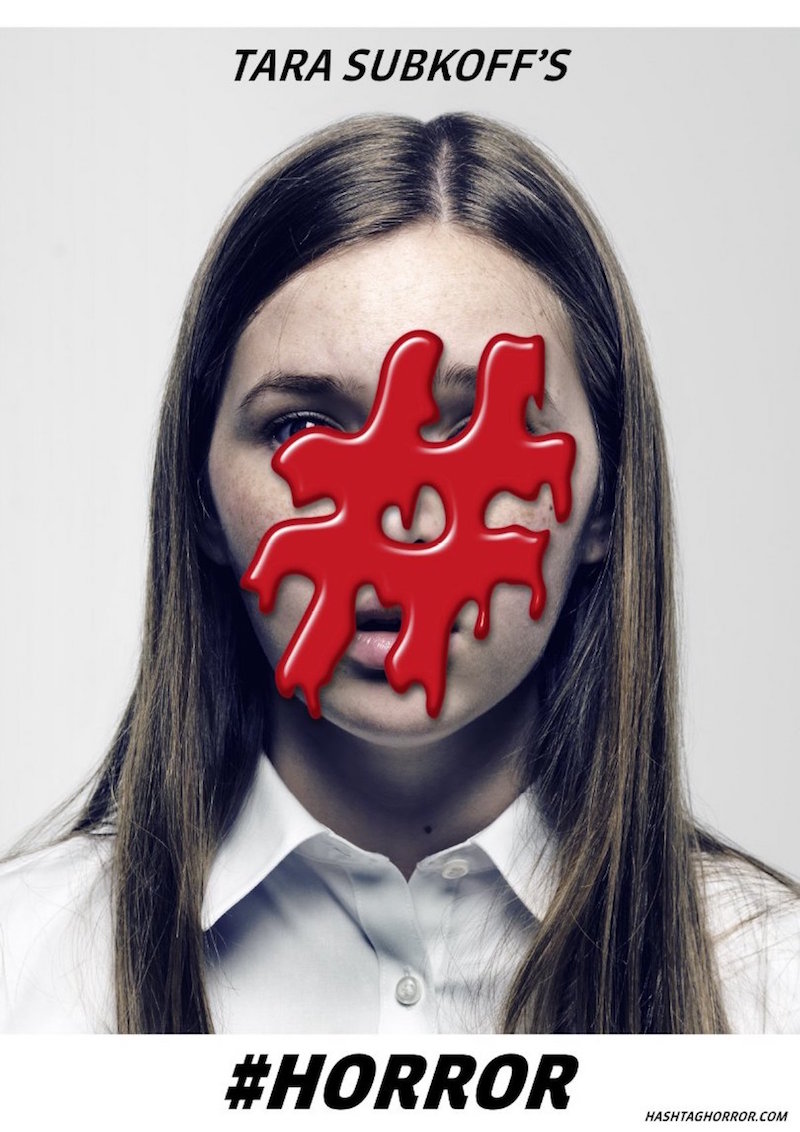 #Horror opens theatrically and via video on demand this Friday, November 20.