It is part of Semaine de la Critique, the Directors’ Fortnight, competing for the prestigious Camera D’Or award.

Sleeping Giant, made for just $60,000 was inspired by Cividino’s’ boyhood summers at his grandparents’ place overlooking the Sleeping Giant rock formation on Lake Superior in Northern Ontario, Canada.

The iconic land mass resembles a giant lying on its back, with 250 metre high cliffs, set in a majestic, rocky landscape. We spoke to Cividino today who says he’s still trying to take in the news of his success:

Andrew, I can’t imagine what you are experiencing since hearing you’re in Cannes with your first feature film.


I’m doing very well and it’s starting to sink in. I found out a while ago so it gave me time to make sure we were on time with the mad dash to finish it.

The film is personal for you, reflecting on a time and place of your youth at Sleeping Giant. What happened?

It’s about three boys who spend their summer whiling away their time in this giant, unsupervised landscape and follows them on the cusp of adolescence and the period of awakening.

I don’t mean as a sexual awakening; it is really about male adolescence and the time when all these things come online at once and you’re aware of this big world around you and testing the boundaries.

One of the elements is the destructive impulse in boys, like Lord of the Flies and it happens early and I wanted to explore it.

Is it your story?

Yes and it’s fairly universal but it spoke to me. The phase where kids get into vandalism and bullying and acts of cruelty, the creative and destructive impulses that come online at that time that you act on that have a big effect on the world around you. The thing is the destructive impulse is expressed more immediately. 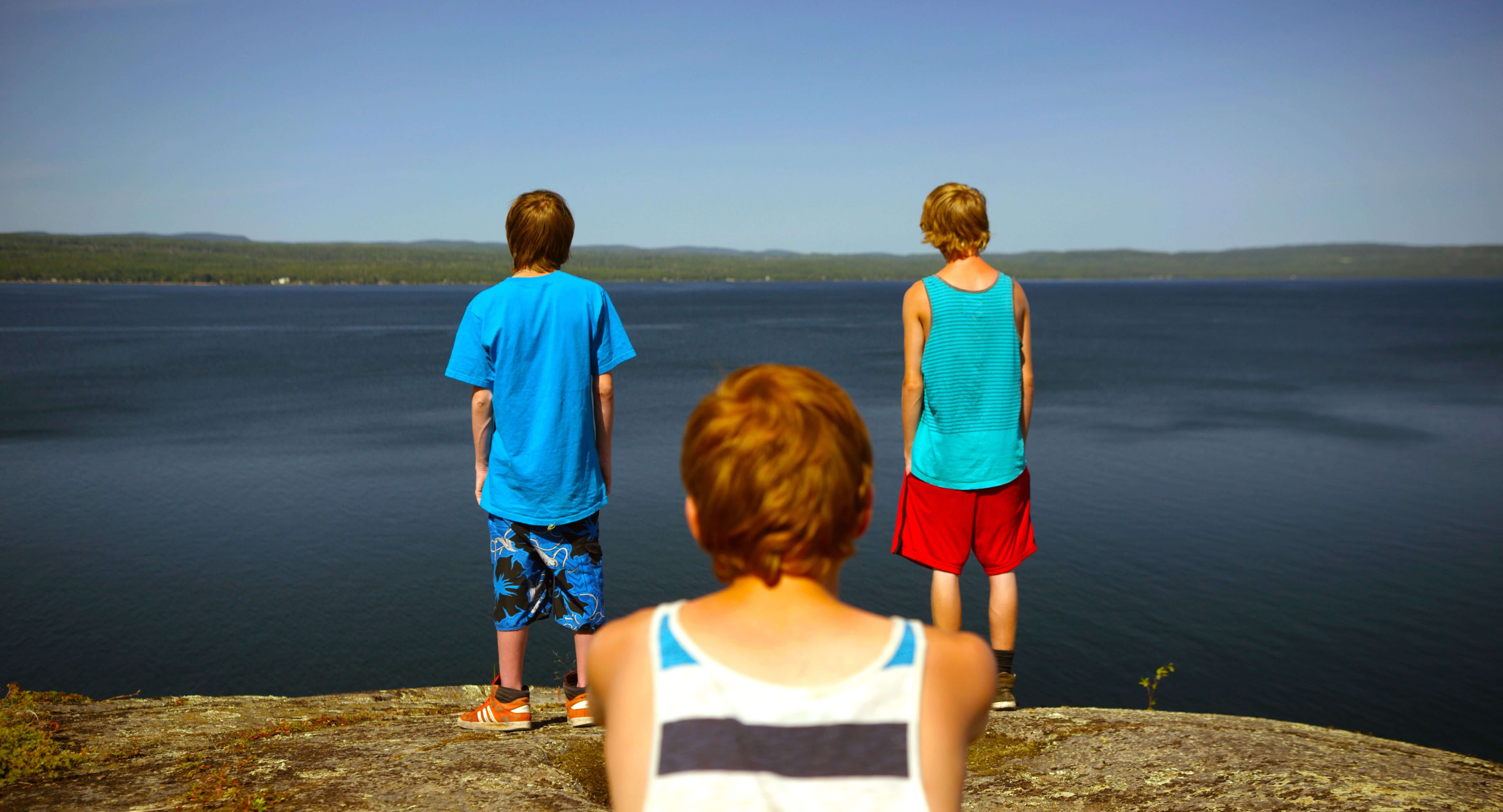 You mention the unsupervised landscape. That’s a thing of the past now.

It was like that up there still until recently. Maybe it’s the same but it would be the last generation before everyone had a cell phone. It’s not a period piece and it speaks to that, kids left alone to their own devices. The kids are mostly left to get into all kind of ruckuses.

You shot the film in the same places where you spent your summers. That’s poignant.

My grandparental are there and my mum’s often there. They look out over the Sleeping Giant. I spent my summers there and it’s a very special place, the only one I’d go to in the summer. It is another world.

As a filmmaker I started to look at it differently. It’s beautiful and majestic and foreboding, and there is this huge lake and massive waves that whip up and jagged cliffs. It’s something special, the tone of that world.

The performances are said to be astounding.

We’d done this short film and the young stars gave electric performances. We knew we had to make a feature based on the short the next summer no matter what because it was a short window of being the boys being the right age.

We didn’t want to miss out. There are two actors from Thunder Bay, Nick Serino and Reese Moffatt, and Jackson Martin is from London, Ontario and we cast him out of Toronto. The right cast is essential.

The film is an example of something called nimblecore. What does that mean and how does it apply to Sleeping Giant?

I think there’s a change happening in how films are being made. There is a wave of filmmakers in Canada in Toronto who are making some really interesting work and I think part of it is a product of having limited resources and out of that having other strengths we can leverage.

We don’t have the massive leverage, and with smaller crews you can tell stories in very nimble way. With larger crews and sets and apparatus you’re at the helm of a much larger ship and it’s harder to steer. You can be agile and it frees us.

I had in my own experience as I was doing my short films. I worked on films with larger budgets and bigger crews and sets and there are advantages but I made a short where that apparatus turned my ability to be creative in a day.

Since then I’ve been really careful. The process I choose to engage with is one that’s most appropriate for the story I’m trying to tell. It has to be intimate and character-driven.

What do you think the programmers at Cannes responded to in the film?

It’s both an accessible story that follows these characters that have complex relationships and satisfying hearts and it is also a challenging film from a narrative standpoint.

The performances are authentic and there is a raw edge to a film. It’s our ability to walk the line between those seemingly disparate elements that make it compelling.

When will we get to see Sleeping Giant?

Well, it will have its world premiere at Cannes. I haven’t said it aloud until now! And then we’ll see. I imagine we will travel to a few festivals. For me it’s about getting it to as many people as possible.

We as a team have worked so hard and long on it and we are so excited to share.

Jill Duggar sparks controversy by looking to Derick Dillard — Is it...

Is Taggert dead on General Hospital?