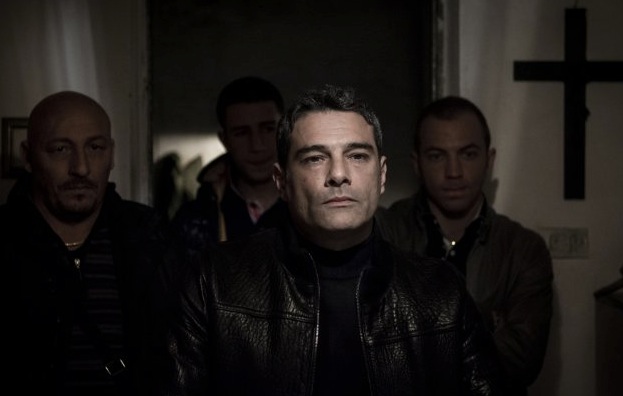 A real life interpretation of the “Godfather” series that strips away the glamour and leaves only despair.

Nominated for the Golden Lion, the highest award of the Venice Film Festival, writer/director Francesco Munzi’s familial crime drama looks deep into the heart of darkness. Based on the novel by Gioacchino Criaco with a screenplay co-written by Maurizio Braucci and Fabrizio Ruggirello, this is the story of a family drawn into, and eventually destroyed by, the “Ndrangheta” crime syndicate.

Having said that, this is not a film about organized crime. The same tragic and deadly story could be told about small time grifters in Las Vegas or Atlantic City. The strength of this movie is a universal truth about the desperate condition of the people who are drawn into these enterprises. Once considered a manly and courageous profession, the vast majority of organized crime is now populated by persons who are there for one simple reason: they have no choice.

On the other hand, there is a strong motivation for younger family members to follow in the footsteps of their fathers and grandfathers. This story revolves around three brothers, Luigi (Marco Leonardi), Rocco (Peppino Mazzotta) and Luciano (Fabrizio Ferracane). Luciano has rejected the criminal enterprise run by his two brothers, but his son, Leo (Giuseppe Fumo) idolizes the mystique of the macho bandits and their loyal comrades in arms. What Leo does not understand is that their world is a world of shifting alliances, self-interest and even betrayal. The saddest tragedy is that the children are the first to die.

With only three feature films under his belt, Francesco Munzi could be considered an emerging talent. However, those three films are so compelling in their message and so sincere in their execution that he should be considered wise beyond his years. Giuseppe Fumo, playing the adolescent victim of a short life of crime, gets most of the screen time in this film. His father and uncles are more symbols than actual characters. Indeed, the expressions on their faces never change. Luigi is fearless and reckless, Rocco is wary and full of dread and Luciano is hateful of his legacy and despondent over his self-imposed exile. Leo is the future, and the future is anything but bright. 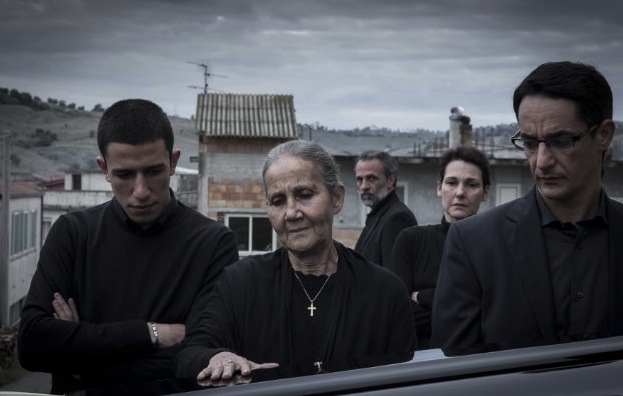 Compared to American mainstream crime dramas, this film is slow, too slow for many stateside audiences. Given that, the cinematography is luscious, and the acting and directing are perfect. This is not intended to be a crime spectacular, but a story of the fate awaiting those who live by the sword. Religion is never far away, but the black souls have made their choice.

Car chases, intricate tactics and brilliant strategies are the stuff of romantic crime dramas. This is not that kind of film. The lines are soft spoken, rare and powerful. The eyes convey the meaning, past present and future. The soundtrack is little more than a heartbeat through most of the film, welling up into borderline maudlin strings at the end (that is forgiven).

Quality work by a quality team. Look forward to more films by this cast and crew.