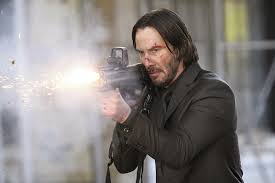 John Wick is such a visceral and active film and its about vengeance fulfilled. It’s a good kick in the head!

A date movie! I think the movies fun and you go on a ride, certainly a journey. He’s a mythical assassin, he falls in love, gets out of the dark world, and then she dies.

What you’re speaking about it is this idea of reclaiming, I don’t want to say revenge in an Old World sense, the Old Testament, Greek mythological idea, the underworld of criminals with their codes and honour, the idea of causality, and dealing with the past and can you change? How does your past follow you? 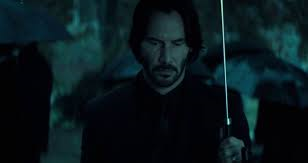 You’ve got the moves, the Matrix, they knew you had them.

It was fun I got to do a lot of stuff I never knew before. I got to do a mixtures of weapons, judo, jujitsu, if you like that kind of thing, it’s there but there’s the connection to the character and his struggles. 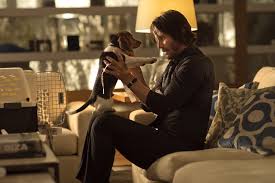 John Wick is pretty emotional for a retired hit man. His love for his wife and the dog are clear and when he loses what he loves …

I love the character of John Wick, his grief, his will and determination to take back what was taken from him. I like the humour although it’s not a comedy.

The characters have dry wit and they can be funny and there’s humour in situations. You go “Oh?” or “You really sure you want to do that?”

You enjoy these characters, Willem Dafoe, Ian McShane and John Leguizamo and the unexpected humour.

It separates the world, the real world, the underground world, the style, the look, the great score.  It’s great!