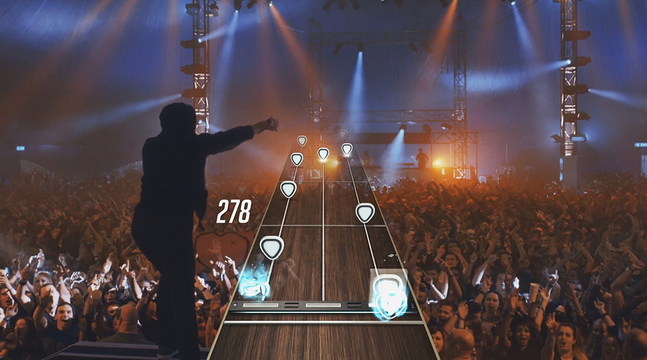 Hours. Those are what will fly by as you pick up – of pick back up – your plastic guitar and dive into the visual mixtape that is Guitar Hero Live. On the surface, the game may look the same as so many other Guitar Hero releases that had come before it.

But as you dip into Live and TV play, you’ll be soaked into an entirely new experience. Instead of digital avatars, you’re playing from the first person POV of an actual band member, with real band mates playing along beside you. Dip into TV mode and you’re rocking out to actual concert footage or music videos, while competing against high scores from other players around the glove. Yes, to say this game is “Live” is an understatement. “Ish” just got real.

When the Guitar Hero franchise went dark some years ago, it felt as though the music sim genre was a little too crowded and a little played out. Many fans, especially late millennials and Gen X’ers, had grown weary of going to their umpteenth party to rock out on toy instruments. Other would-be rockers just didn’t know where to stash the oversized drum kits and extra guitars between sets.

Guitar Hero Live brings back the thrill of a single-player mode, with a fresh perspective. And you can still jam to indie and pop hits with a friend on the second guitar or mic, without the added clutter of a drum set.

There are two modes of play: TV and Live mode. Live mode incorporates live-action video, with the camera set in the first-person POV. This pseudo-reality is more immersive than the 3D renderings of the past. You’ll see your band mates and roadies hype you up before you step on stage for concerts at venues in the UK and USA. This pseudo-reality is as “virtual” as you’ll get without a VR headset or actually being in a band. Band members and people in the crowd will make direct eye contact with you throughout your set. If you do well, they’ll cheer you on. If you start messing up, their reactions will slowly change. 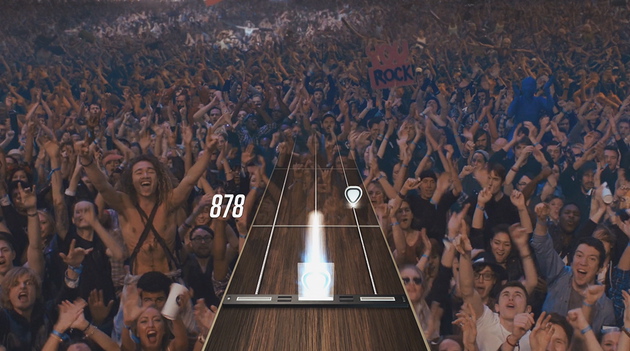 It’s a much more surreal experience than past versions of Guitar Hero or its rival Rock Band, where the screen would flash different colors and the audience would simply boo when you failed in campaign mode. Now, it feels like you’re getting direct feedback from everywhere. If you start to perform poorly, your band members will tell you to pick it up or give you questioning glances. Your perspective will quickly shift as your eyes – or the camera – swings from your band mates to live footage of the crowd, shaking their heads at you in disdain. If you start performing well again, your band mates will start to breath a sigh of relief and audience members will slowly get back into jamming out. All of this happens dynamically in real time so it adds authenticity to the experience.

The cinematographers and directors of the Live video footage did an amazing job in creating a seamless experience with the Live performance. If you were around during the Sega CD era, you’ll remember “live video” being incorporated into games. Unfortunately, it never really had that immersive feeling. Now, with Guitar Hero Live, we can really see how fluid-live video can augment your gameplay. In Guitar Hero Live, it’s awesomely distracting when your bandleader jumps into the mosh pit, while you’re playing. Miss a few notes and that great moment can be ruined and everyone will blame you for it. 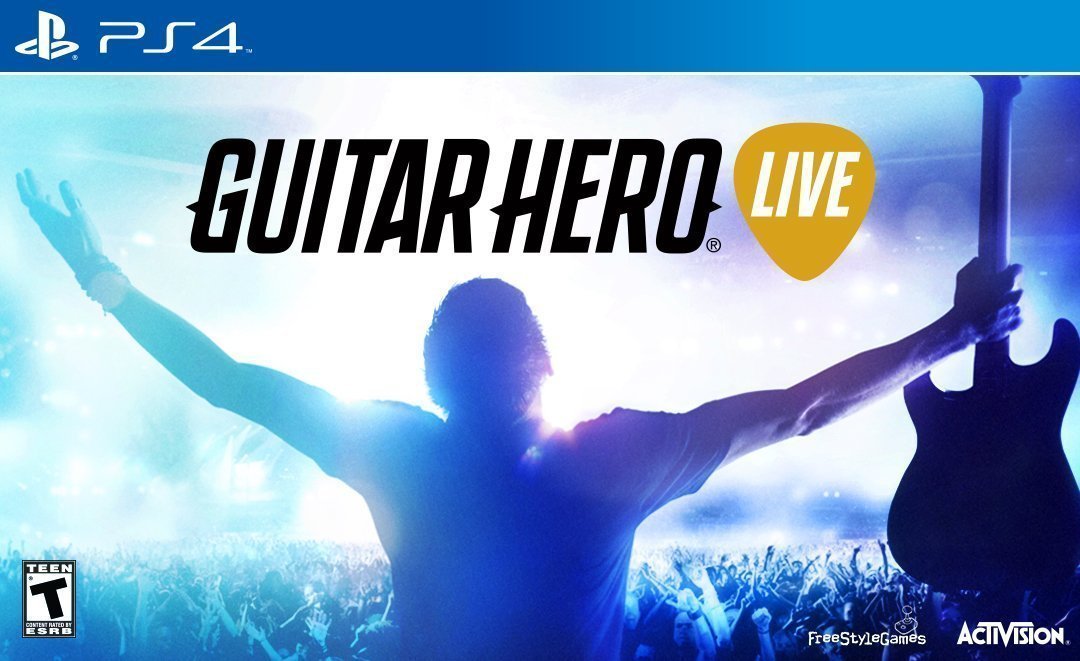 There is one caveat to Live play. In one scene, you actually see the guitarist’s arms shake with nerves before he goes out on stage for the last leg of the tour. The arms obviously belong to a Caucasian male. So if you’re a woman or a man with a different skin complexion, this will immediately take you out of the “pseudo-reality” of the event. While this isn’t a big deal, it will break the illusion of the Live show for some.

TV mode is more of a video mixtape, called Guitar Hero TV (GHTV). GHTV is like what MTV used to be, before the network became a home for reality shows. It’s a network of music videos that is always on, which keeps you from playing the same songs over-and-over again. You’ll get to jam to different music videos in your library, while competing for leaderboard bragging rights. Players can unlock new songs by performing well or purchase additional tracks. There is also a Premium mode, which allows you to play along to actual concert footage from several indie and rock bands.

In both Live and TV mode, players gain experience and currency that can be used to unlock new skins, songs and Hero powers. Initially, all players have one hero power, which allows them to clear the notes on the board. Once a player reaches level 8, he or she can start to use new Hero powers, such as earning additional point multipliers. 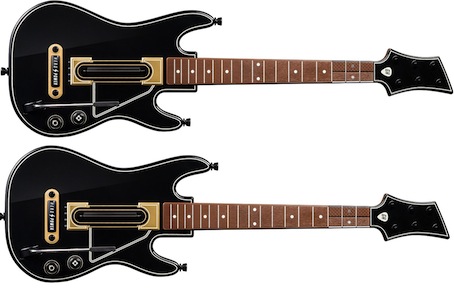 One of the big changes in Guitar Hero Live is the actual guitar. Instead of a five-button setup, there are now six buttons, broken up into two rows of three. It can take some getting used to just to step up from Casual mode, which only uses the bottom three buttons. At higher levels, players will use both the top and bottom rows as well as play power chords, which requires holding down both a top and bottom button. The strum bar remains the same, along with the ability to do pull-off notes at higher difficulty levels.

Guitar Hero Live is a fresh return to a franchise that helped build a new audience of game players. While many thought this franchise to be dead, the designers have proven that there is still a lot of life in music sims.