Menu
Log in
Register
Install the app
You are using an out of date browser. It may not display this or other websites correctly.
You should upgrade or use an alternative browser.

Frank Spencer murder: Would you marry into a family with mob connections?

Frank Spencer was murdered by his former father-in-law at the prompting of his ex-wife Maria.

Her father, Anthony 'Rocco' Franklin, is said to have mob connections and eventually shot Frank with a sniper rifle and pistol. 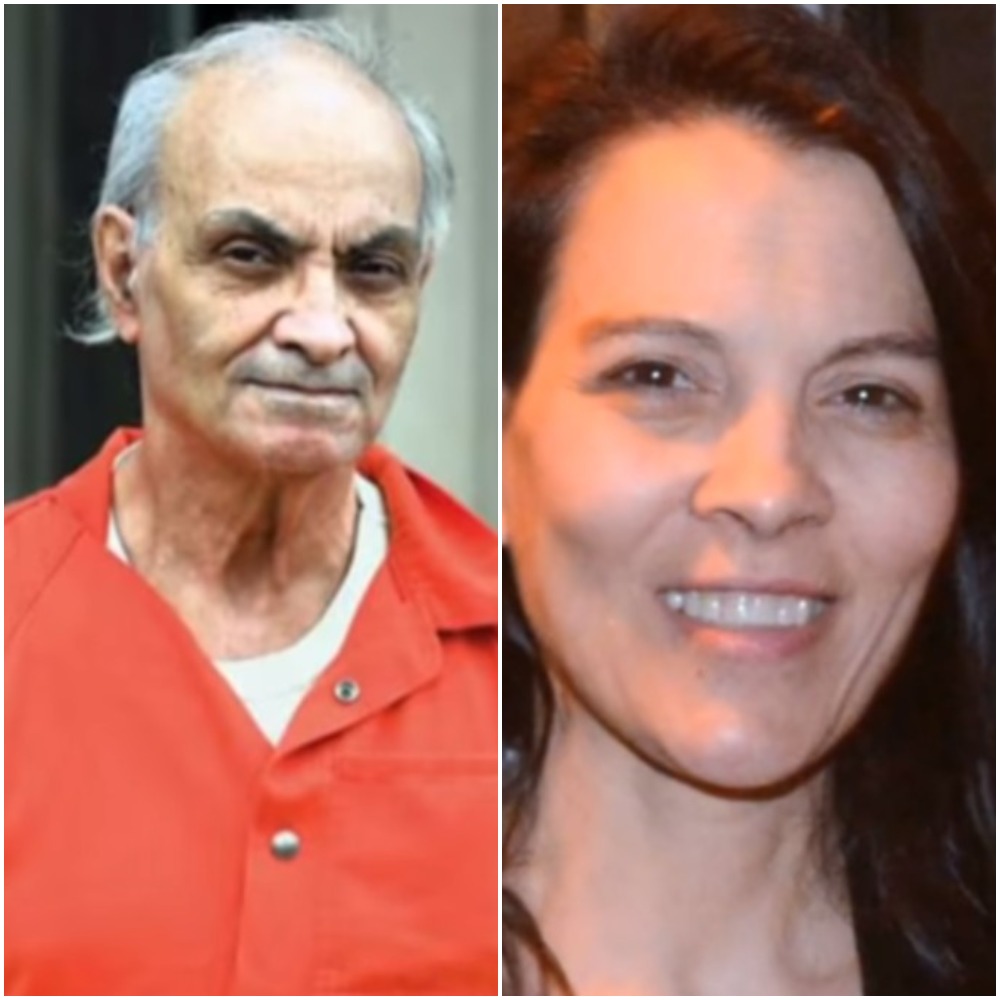 Frank Spencer had a traumatic divorce, which included a campaign of threats and intimidation from ex-wife Maria Spencer. Then she got her mafia dad to kill him.

Would you marry into a family you knew had criminal ties?
T

Yes I would! Actually I have always been fascinated with that lifestyle.
M

LUCKY to BE ALIVE: Actually tho' I've been intrigued mostly from watching gangsters on Shows but in reality it's not a glamorous life by no means! I have memories of my Aunt Carmen rip in Philly with her mobster boyfriends all married gangsters age 7, I used to play with a next door neighbor Kelly age 7, then when I went to visit my Aunt then one day she wasn't there. I asked why she moved? So her mother had a married mob boyfriend who followed her to Atlantic City, New Jersey then he shot her to death then committed suicide. I NEVER wanted to be with a mobster after seeing first hand what happens.

Then one fateful day age 16 my father moved us down to Tampa, Florida so age 18, still very naive raised in Bucks County, Pa. a Christian goody two shoes, I then met Anthony "Tony" Scionti with his dad Frank with his son, Frankie, Jr. & his sister with their mom. I stayed in a very TOXIC six year long relationship with Domestic Violence then finally after I moved over & over again I was free so I thought. Tony managed to find me in Tampa wherever I moved. I chose NOT to MARRY. His father Frank, Sr. who weighed 300 lbs. had gone to the hospital for treatment he said. Then I picked up the Tampa Tribune to see the Headlines read that RICO arrested Tony's father Frank, Sr. for his role in torching houses with one body in it. Next, I was STALKED from my job at TIA Post Office (even got him a job at St. Pete. Post Office as a mail clerk he quit) even after I sold my house to not be found by Tony who came by daily. Back then there were no TRO's so he always found me even after I got married then divorced with two kids while he had gotten married to a woman with a daughter. He told me he wanted to get back together in front of her so I mentioned her child then he said it's not his! I think most people imagine mobsters their lifestyles are glamorous but they're not. I NEVER intended to be with Tony Scionti in fact he was a One Night Stand I met at Crawdaddies a bar & lounge on Tampa Bay. By the time we met I had several gang rapes, even as a virgin, got kidnapped my first week in Tampa by the Outlaws gang & kidnapped several times so this RUINED me! After my first marriage ended , I then had another STALKER my ex husband tho' he isn't in the mob but was very VIOLENT so I got remarried years later moved, left no address 4,500 miles away from Tampa Bay! Aloha from the Big Island where it's not friendly but I'm not moving back to Flo Rida the Gunshine State Coming back to Tampa to settle a law$uit (auto accident that caused injuries to myself & daughter totaled my car) I went to the Hard Rock Seminole Casino with my sister. I'm not a gambler so I was on the side watching everyone play then a nice black man came up to talk story so we did. Turns out on Lynn Turner Road in the Carrollwood area of Tampa he lived then spoke 'bout the mob killing people dumping their bodies in the pits they dug out that then turned into small lakes where Tony's dad Frank, Sr. had his goat dairy. When I first met Tony he bragged 'bout being in the mob but I laughed because he was always broke! I thought of gangster with $$. He said his job was to collect debts with his dad so I did know they went to the dog tracks but never thought it was true until later. He also said NOT to come by on Friday nights when his dad had the guys playing cards at the goat dairy a front for their mob activities including murder. My parents believed it but it took me a real long time to realize since I was working from 3:30 p.m. - 1:40 a.m. six days a week maybe I should break up for good since he was so jealous even of my job. It was a spell he cast over me but finally I was FREE & NEVER regretted breaking up with Tony Baloney mom's rip words for the loser! Scroll down to see his father's name but Tony never got charged. I paid Tony's way my first trip to Waikiki on Oahu for one week then once I moved after my daughter's Make A Wish trip where my ex husband gave Death Threats to toss our teenage daughter off the 11th story of the Westin on Maui I decided it's time to Move, Left, No Address those yellow labels I placed on forwarding mail. My ex husband strung out on Vicodin & alcohol who got ENRAGED I dialed 911 with over 40 calls I placed to the TPD with only one arrest. Then I got a TRO but it was denied because I didn't have proof a he/she said. Alo Ha I survived. WEIRDEST part was my ex husband didn't know for a real long time I moved (& got remarried now a widow) only finding out because the home phone was disconnected so my oldest told me recently tho' he saw the For Sale sign up for my house in Hunter's Green in New Tampa. I phoned Tony to tell him STOP looking for me because I moved to Hawaii after his wife gave him the phone. Link: https://law.justia.com/cases/federal/appellate-courts/F2/648/367/130702/
Last edited: Jan 10, 2021
M

James Wray said:
Frank Spencer was murdered by his former father-in-law at the prompting of his ex-wife Maria.

Her father, Anthony 'Rocco' Franklin, is said to have mob connections and eventually shot Frank with a sniper rifle and pistol.

Frank Spencer had a traumatic divorce, which included a campaign of threats and intimidation from ex-wife Maria Spencer. Then she got her mafia dad to kill him.

Would you marry into a family you knew had criminal ties?
Click to expand...

I saw this horrifying episode on I. D. & really the cops blew it sky high by not arresting his ex wife Maria before she put the hit on him after burning the house down then once her father was released from prison, it was a plot to end Frank Spencer's life with both the mobster ex father in law with his evil daughter Maria for the father of her kids to exact revenge. Very brutal murder. I was surprised the poor victim didn't Move, Left No Address knowing his ex wife had connections not blaming him and realizing they had children together, he stayed but knew he was in danger. This is an EVIL woman he married then divorced. I hope they keep her in prison for the rest of her life. Not sure if her killer father is still alive so burn in Hell for him too! A Campaign of Terror so too bad he picked the WRONG woman to bear his children with which prevented him I think from moving out of the state of Pa. Even so I would've Moved, Left No Address with the kids for Domestic Violence then set up residence in another state far, far away. That's too bad he couldn't do what I did to find peace. This was a GRUESOME murder. Link: https://www.cbsnews.com/news/frank-...y-maria-spencer-made-good-on-her-vow-to-kill/
Got something to say? Login or Register to reply!
Share:
Facebook Twitter Reddit Pinterest WhatsApp Email Share Link
Top