Vendors have been pulling out of the upcoming MommyCon event in San Diego after the arrest of founder Alexzandra “Xza” Higgins’ estranged husband Kevin Higgins on charges of possessing child pornography.

Higgins, a 52-year-old special education teacher, was arrested on Tuesday November 5 in Highland Park, Illinois, and charged with three counts of possessing child pornography after authorities allegedly discovered explicit photos on his computer.

MommyCon released a statement last night addressing the situation, saying that Higgins and their founder Alexzandra were “legally separated”. They also said Higgins was “not involved in the day to day operations of MommyCon or our affiliated events”, and that he had not attended an event in person since April 2018.

However, several vendors who were due to appear at MommyCon San Diego this coming weekend yesterday revealed on social media that they would no longer be attending. They included GroVia, Kindercarry, and Arctic Baby Bottoms among others.

GroVia, a firm providing cloth diapers and other parenting products, described the news as “disturbing”.

Meanwhile, Kindercarry, the makers of popular baby carrier Kinderpack, said on Facebook that they would no longer be attending the event in San Diego “given recent events”.

Arctic Baby Bottoms, who make cloth diapering products, also pulled out of the event. The Alaska based baby clothing company said, “We take the safety of children and our commitment to our brand relationships extremely seriously.”

Bibetts, who makes baby carriers, also announced that they were “suspending all support for MommyCon indefinitely”, adding, “I feel that the path and message they have chosen to take regarding the recent news connected to the husband of one of their founders does not align with my values and beliefs.”

Picket Fence Creation, who make handmade items for babies and families, said, “With the news that has been revealed today concerning MommyCon we as a brand will no longer be participating in any of their events. We stand behind businesses that are honest, transparent and have integrity. No child or family should ever feel unsafe in any way.”

MommyCom have been accused of deleting posts on their Facebook page about Higgins’ arrest in order to keep their image “intact”. The company confessed to deleting posts, saying it was the wrong thing to do. 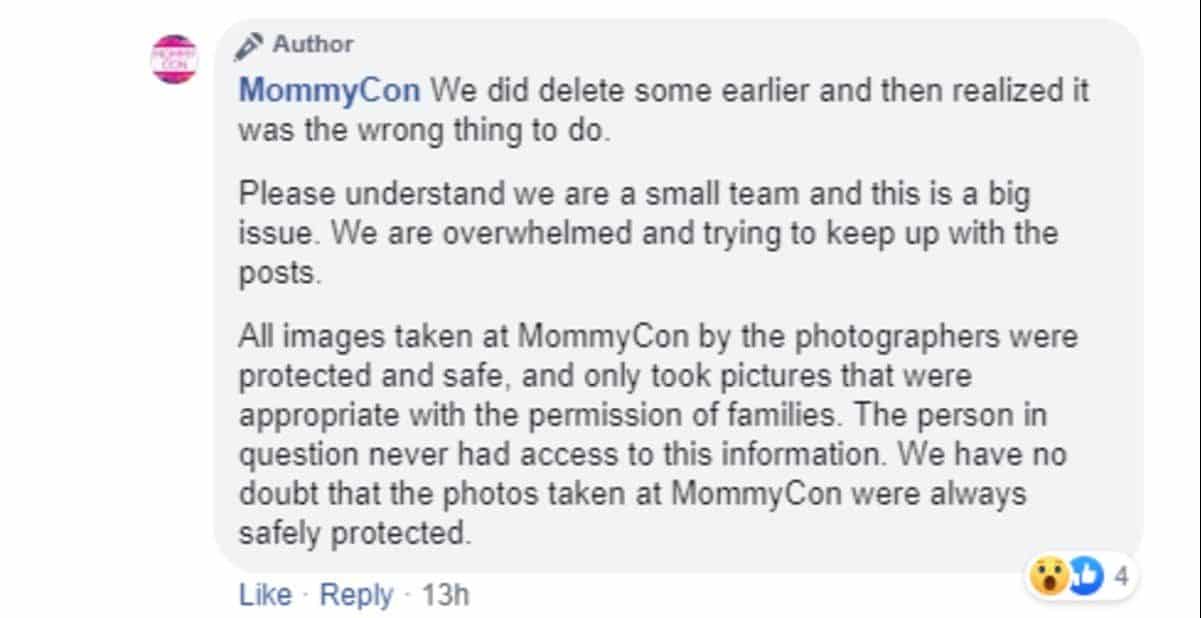 Higgins was charged earlier this month after authorities allegedly found three sexually explicit images of children on his computer. He was released from custody after posting 10 per cent of his $200,000 bond.

He had reportedly been placed on administrative leave from Highland Park High School back on October 8 after police told his employers about their investigation. Superintendent Bruce Law said there was “no indication that the alleged criminal conduct involved District 113 or its students”.

MommyCon San Diego is still currently due to go ahead on November 23rd.

Who is Valerie Caldwell on FBI cast? Sasha Alexander guest stars on...

The Bold and the Beautiful spoilers: Thomas isn’t dead?

Alaskan Bush People’s Bear Brown looks terrifying after dressing up as the...