Singer Mickey Singh is facing backlash from fans of Manpreet Toor after she appeared to accuse the 28-year-old of cheating on her during their relationship.

Manpreet shared the claims in an Instagram story, where she wrote:

Yes, I was cheated on so if anyone has any dish just come and tell me.

Thank you for the love and all the messages. And all my fans that are unfollowing him to show your support. You’re kind but you don’t have to do that. Follow what you believe.

Fans immediately took Toor’s claims to be about Mickey Singh, and took to social media to vent their frustrations.

Mickey Singh is seriously so dumb lmao. I’m sorry but he’s not cute enough to be cheating on all his gfs

Mickey Singh has not responded to the accusation, but many fans have expressed their anger in the comments on his recent Instagram posts slamming the singer for allegedly having an affair. 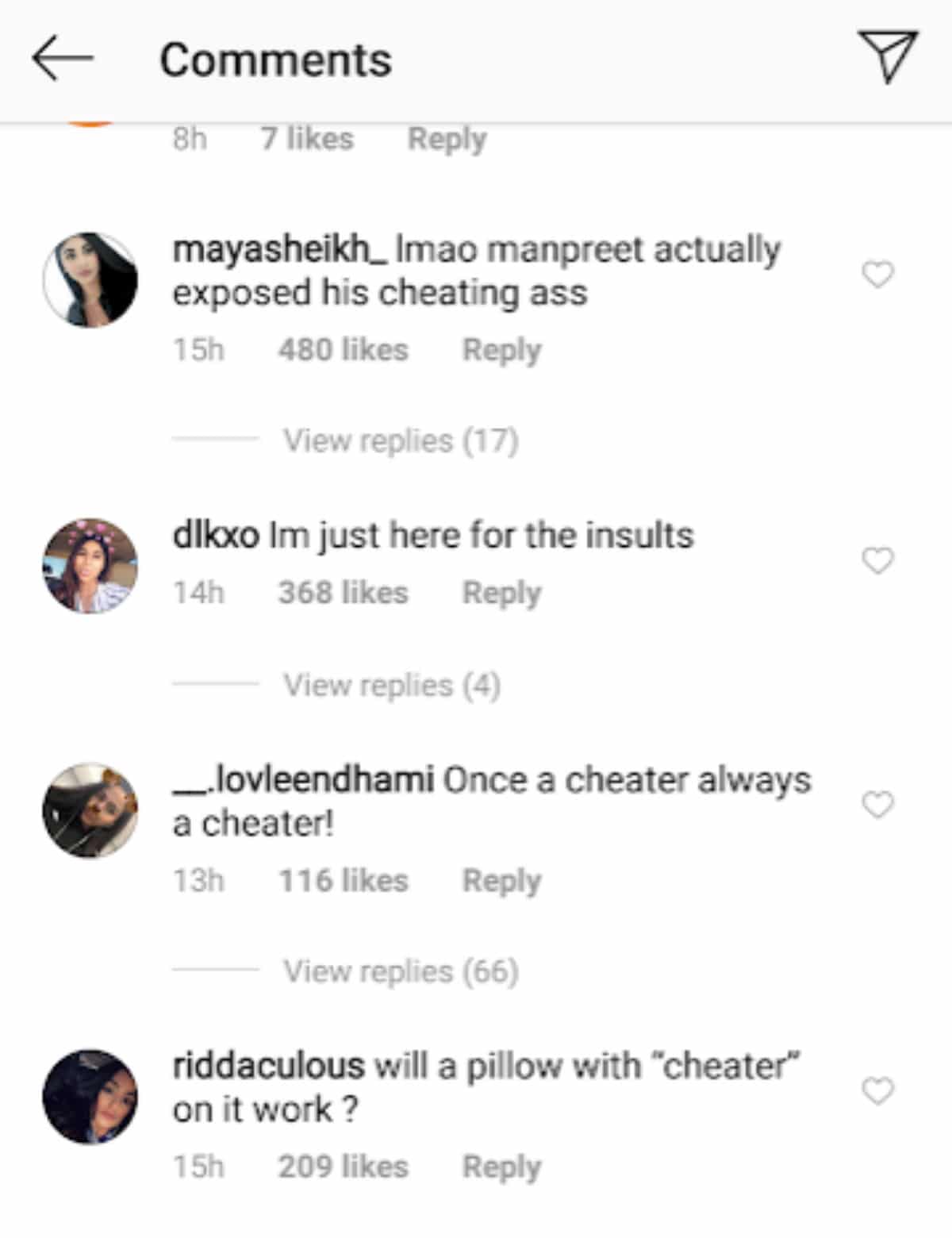 Mickey Singh and Manpreet Toor were dating for almost two years. They announced their relationship on Instagram in July 2017. Toor did not reveal who Singh had his alleged affair with in her Instagram story but has apparently ended the relationship.

Singh performed the half-time show for the NBA basketball game, Golden State Warriors vs. Sacramento Kings last month. He is best known for his song Phone, which was released in 2016.

Manpreet Toor seems unfazed by the alleged cheating, and after posting about the claims on her Instagram later wrote “on a much more important note” — before announcing a workshop she is holding on March 2nd in Chicago.