The Duchess of Sussex, Meghan Markle, has openly accused Buckingham Palace and the Royal Family of playing an active role in ‘perpetuating falsehoods’ about herself and her husband, Prince Harry.

Meghan’s accusation emerged in a 30-second preview for the upcoming interview between the Duchess and Prince Harry with Oprah Winfrey, set to air this Sunday (March 7) on CBS.

This interview, which boasts that no topic is “off-limits,” comes less than a month after Harry and Meghan confirmed that they would not be returning to the UK as working royals and had their royal patronages and honorary military titles revoked as a result.

In the latest sneak peek preview, released on Wednesday, talk show legend Oprah asks the Duchess, “How do you feel about the palace hearing you speak your truth today?”

And Meghan did not mince her words in response; she essentially accused the Royal Family of lying about her and Harry.

She said: “I don’t know how they could expect that after all of this time, we would still just be silent if there is an active role that the Firm is playing in perpetuating falsehoods about us.” The name “the Firm” is a colloquial name for the royal family and is often used in a derogatory manner.

Meghan Markle said a ‘lot has been lost’

Meghan then added: “If that comes with risk of losing things, I mean… there is a lot that has been lost already.”

The preview was released on the same day that news emerged in the UK that Meghan has been accused of bullying royal aides during her time at Kensington Palace, shortly after her marriage to Harry in 2018.

Spokespeople for Meghan issued a statement claiming that the Duchess was the victim of a “calculated smear campaign,” which they suggested was in retaliation for the interview.

Another teaser clip was released over the weekend where Oprah can be heard to say to the couple, “you’ve said some pretty shocking things here.” And we also heard her ask Meghan if she was “silent or were you silenced.”

Harry told Oprah that his “biggest concern was history repeating itself,” which is thought to be a reference to how his mother, Princess Diana, was hounded by the tabloid press.

It has been suggested that CBS’s previews show that the Sussexes’ will not be limiting their criticisms to the British media but have also got the Royal Family and their staff in their sights.

Royal Correspondent Johnny Dymond says on the BBC: “It’s clear that the gloves have come off, and that the ties of family have not restrained the couple as they seek to put their side of the story.”

Oprah With Meghan And Harry airs on Sunday March 7 at 8/7c on CBS. 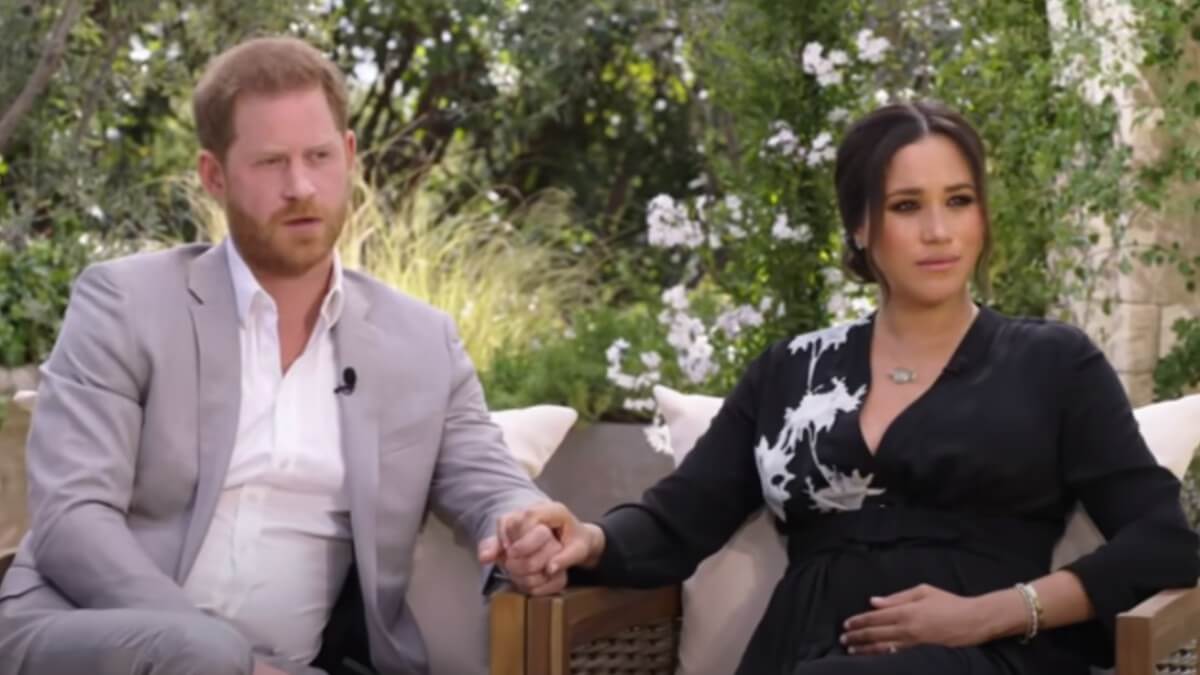