Joy-Anna Duggar and Austin Forsyth faced online backlash over the weekend — after an Instagram post showed them spending time away together rather than staying at home to celebrate son Gideon’s first birthday.

The post revealed the pair were attending a Living United Couples Retreat in Branson, Missouri, on Saturday, the day Gideon turned one, and that he was being looked after by Austin’s parents.

But while a second post showed they did return to celebrate with their little one on Sunday, that didn’t stop the pair being slammed by some followers on the social media site.

The couple welcomed Gideon into the world on February 23, 2018, and Duggar fans were looking foward over the weekend to see what Joy-Anna and Austin had planned for their baby’s first birthday.

When they put up a post showing they weren’t in town, critics immediately pounced on them — questioning why parents wouldn’t want to spend their child’s first birthday with them.

Some accused Joy-Anna of “abandoning” her son. However, other followers — as well as Jessa Seewald — stepped in to hit back at the critics. 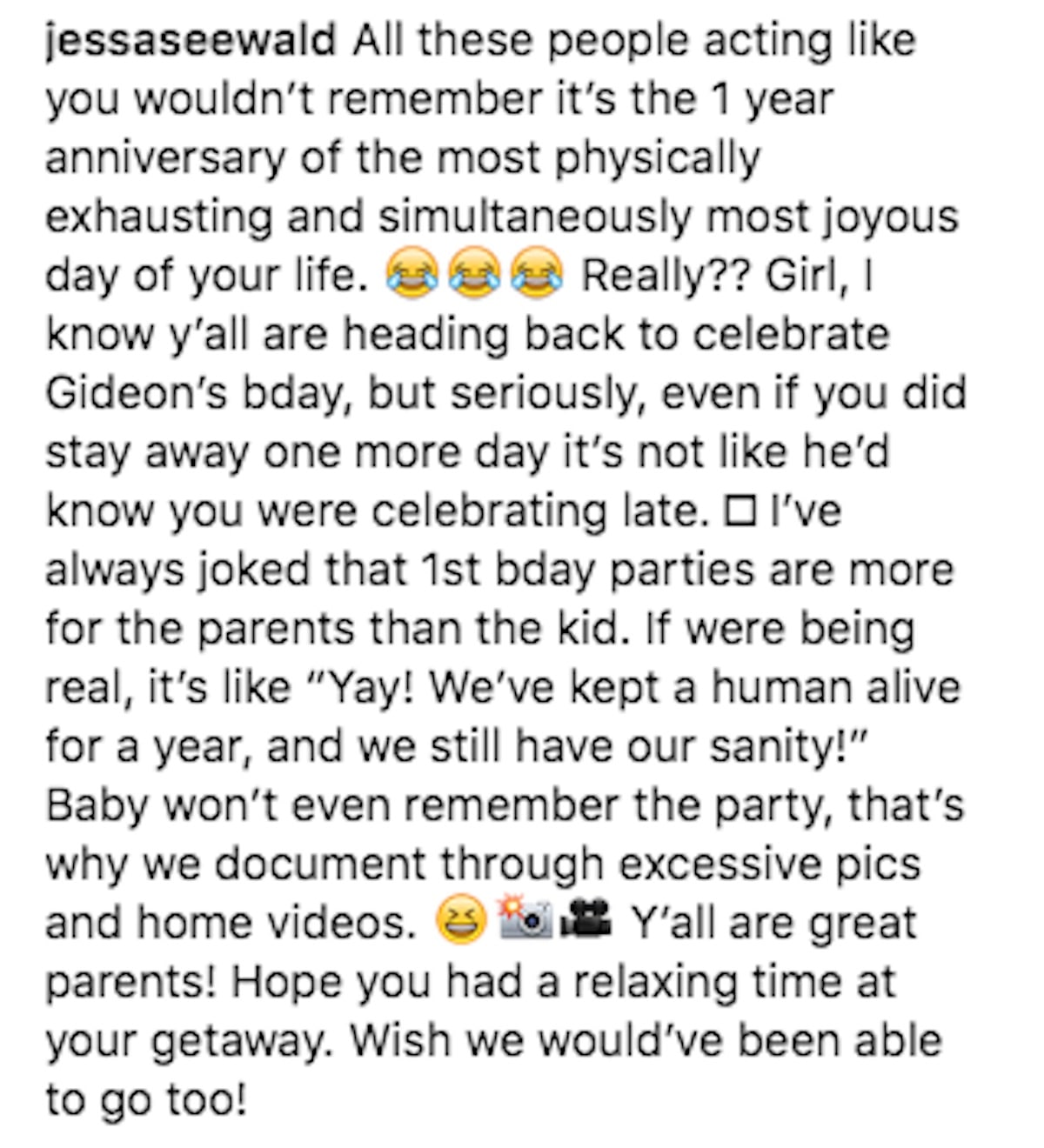 In a separate Instagram post, Joy-Anna Duggar and Austin Forsyth revealed that they did return to celebrate with Gideon, on Sunday.

Now that Gideon has officially turned one, Duggar fans will want to know when Joy-Anna will be announcing another pregnancy. Watch this space!

Counting On airs Monday nights at 9/8 on TLC.